BBNaija: Why I nominated Pere for eviction – Boma 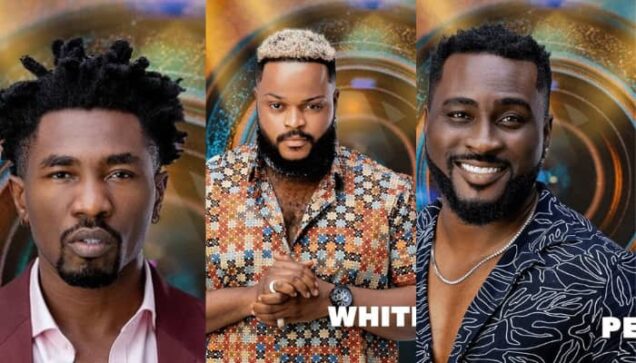 Boma and Pere have so many things in common. They are both models, dark, tall, have masculine physique and hail from Delta State.

They are also both actors and divide their time between the United States and Nigeria and have also been Head of House (in fact Pere succeeded Boma as HoH). They have also “vibed” with each other.

But they walked different paths on Monday when Boma nominated Pere for possible eviction, a decision which put many in a quandary and wondered what must have informed that decision, putting aside the competitive nature of the show.

However, Boma has broken the ice and revealed why he nominated Pere for possible eviction. He made this disclosure on Wednesday, 25 August in a diary session with Big Brother.

According to Boma, he nominated Boma because of the confrontation he (Pere) had had with Whitemoney last week.

Recall that Pere confronted Whitemoney last week, an act many of the housemates, including Boma, saw as bullying and expressed their displeasure against. However Pere denied ever bullying Whitemoney.

Boma said he got incensed the more when he and Maria asked Pere to apologize to Whitemoney that night and he refused to do that.

Boma said he cornered Pere the next day and had a tete a tete with him, when he tried to convince him on why he should apologize to Whitemoney. Still, he refused. And that informed his decision to nominate him for eviction.