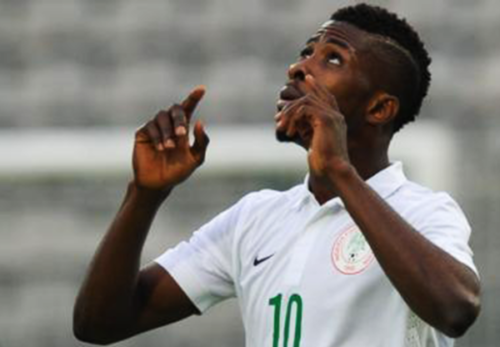 Super Eagles players in the English Premier League would not be available for selection in Nigeria’s coming World Cup qualifying matches against Liberia and Cape Verde.

The player who would be absent are Alex Iwobi, Kelechi Iheanacho, Wilfred Ndidi, William Troost-Ekong, Oghenekaro Etebo among others.

This is due to the Premier League’s decision not to release players for international matches in ‘red list’ countries-where they would have to quarantine on their return to the United Kingdom because of Covid-19 restrictions.

It means coach Gernot Rohr would not be able to invite the players for the international match.

The Premier League said that the clubs decision will apply to nearly 60 players from 19 Premier League clubs who are due to travel to 26 red-list countries in the September international window.

“If required to quarantine on return from red list countries, not only would players’ welfare and fitness be significantly impacted, but they would also be unavailable to prepare for and play in two Premier League match rounds, a Uefa club competition matchday and the third round of the EFL Cup,” the statement read.

“This period takes into consideration 10 days of hotel quarantine on return to England but does not include any additional time that would be required for players to regain match fitness.”