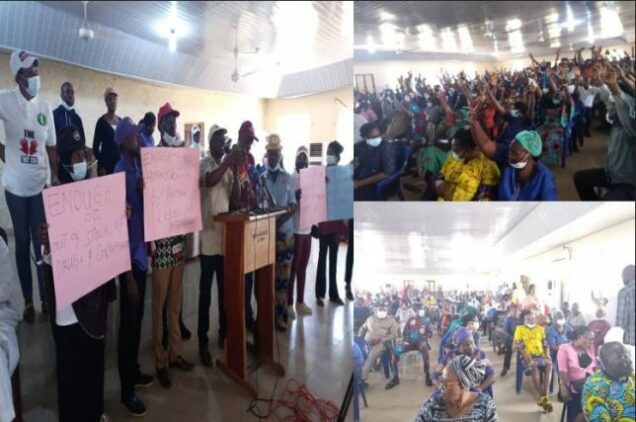 Members of the University of Ilorin Teaching Hospital chapter of the Joint Health Sector Unions (JOHESU) have declared an indefinite strike in protest of the non-payment of promotion and arrears.

This is the second time in less than two months that JOHESU members of the UITH chapter will be embarking on a strike action to press home same demands.

Mr. Olutunde Oluwawumi, the Chairman of the JOHESU-UITH chapter, who declared the industrial action during an emergency congress of the union in Ilorin, noted that their requests border on workers series of arrears.

He alleged maladministration, poor National Health Insurance Scheme (NHIS) for the union members and what they called an out-of-stock syndrome, adding that these issues have not been addressed.

According to him, the demands of members have not been met till now, which had led to hardship on the path of the workers and patients.

Oluwawumi maintained that his members can no longer endure the hardship, hence the need for this indefinite strike.

Reacting to the development, Mrs. Olabisi Ajiboye, the Head, Corporate Affairs Unit of the UITH Ilorin, said the strike was a local action and that the management would soon address the requests of the workers.

She noted that the bone of contention has to do with non-payment of promotion arrears.

According to her, the management is not unaware of the issues on the ground and will hold meetings with necessary stakeholders on addressing the issues.

“Management is not relenting on its efforts to address issues raised by JOHESU. Management ensures workers’ welfare is important,” he said.