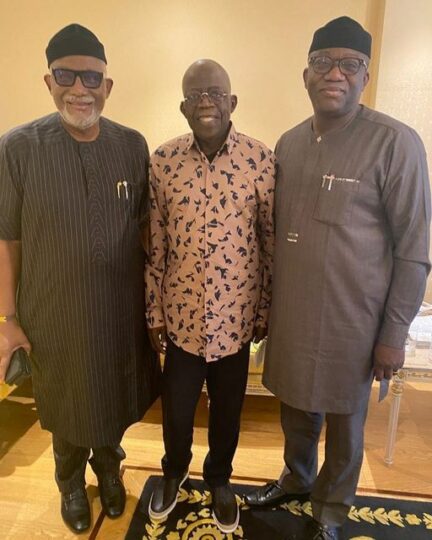 Akeredolu and Fayemi with Tinubu in London

Tinubu had undergone a knee surgery in London and is recuperating.

The duo were captured on Wednesday in a photo with Tinubu in London.

Asides Fayemi and Akeredolu, Governor Babajide Sanwo-Olu had first visited Tinubu in London in July, when he said the APC leader was fine and in good health.

President Muhammadu Buhari also made a surprise visit to Tinubu in London where he took several photos with him.

Also, former National Legal Adviser of the APC, Dr. Muiz Banire visited the former governor of Lagos in London to solidarise with him and wished him quick recovery.