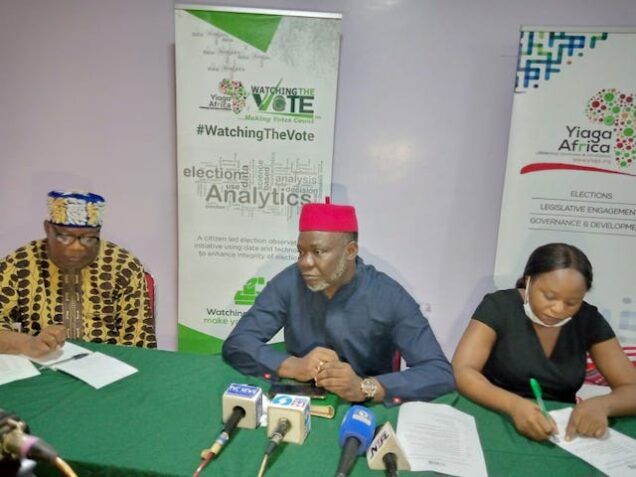 An independent election observer group, Yiaga Africa, has predicted that poor turnout of voters will pose a major threat to the success of the Nov. 6, Governorship Election in Anambra.

The observer group said this at a one-day meeting with newsmen in Awka on Wednesday as parts of its pre-election monitoring activities in the state.

Mr Ezenwa Nwagwu, a Board member of Yiaga Africa, said there were no visible signs that suggested that insecurity would hamper the exercise.

Nwagwu said the trend where no winner had emerged with more than 300,000 voters in Anambra which had no fewer than two million voters since the beginning of the fourth republic, was ugly and unfortunate.

He said that the fear of security threats had always been there as in the past and should be guarded against.

According to him, the major challenge is to get the Anambra electorate to come out and cast their votes.

He said Yiaga Africa was engaging with relevant stakeholders including the Police, NSCDC, traditional rulers, the media and political parties to change the narrative of elections in the state.

Nwagwu said the observer group would deploy 548 workers to polling units, collation centres and other layers of the process.

He urged residents of the state who had attained voting age to endeavour to register and ensure that they cast votes on the election day.

Also speaking, Prof. Nnamdi Aduba, a member of Yiaga Africa Board, decried the level of docility among politicians which was responsible for outcomes that were different from the real process.

In his presentation, Mr Paul James, Project Manager at Yiaga Africa, said the group would deploy “Watching The Vote” (WTV) to 250 of the 5,720 polling units in the state to capture the true situation on the election day.

James said the technology was successfully used in elections in Africa and that activities of Yiaga Africa were used as a guide for producing better electoral environment in Nigeria.