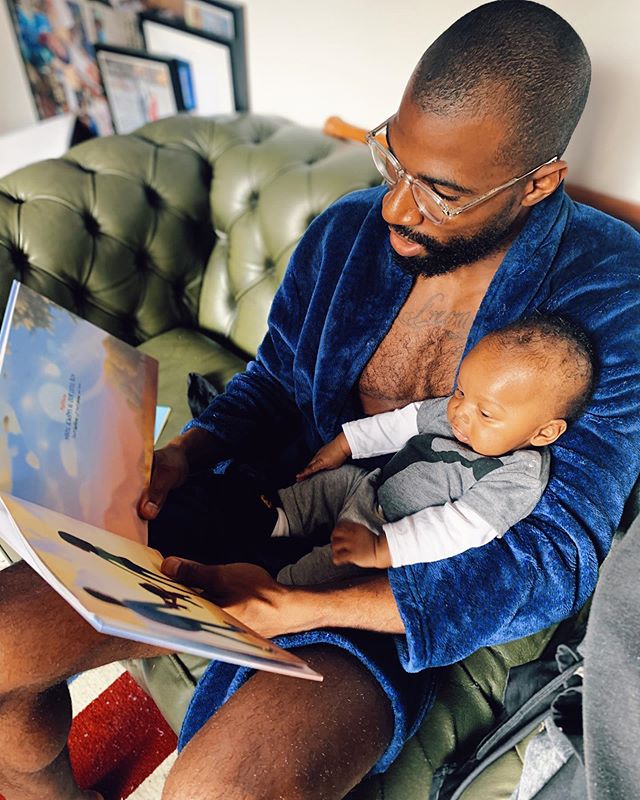 The proud father took to his Instagram page to share a photo and video collage of his boy and his growth from birth.

The reality star praised his wife, Perri for all she had done to nurture their baby and revealed he is a proud father as he is overjoyed to witness his son’s growth.

In a video shared, Mike wrote: “Our junior boss is 1 years old today! 😅 so proud to be your papa @matthewoedwards watching you grow is such a joy ❤️ I can’t thank my wife @itspsd enough for all you’ve done this year keeping everything together you deserve a vacation sha… Also we’re back on YouTube, if you want to watch our RAW and honest 1 year review of what it’s like to be parents subscribe now to our YouTube channel (Mike and Perri) 🚨

The Big Brother Naija 2019 first runner up and his wife, Perri Shakes-Drayton welcomed their first child together on Aug 26, 2020.

Mike Edwards is a high-jump athlete and entrepreneur and he runs his male grooming and Cigar company, Aireyys, the first black-owned cigar line in the United Kingdom.

While his wife, Perri Shakes-Drayton is a retired British track and field athlete.

She has also won silver and bronze medals in the 4 × 400 m relay at the World Championships.