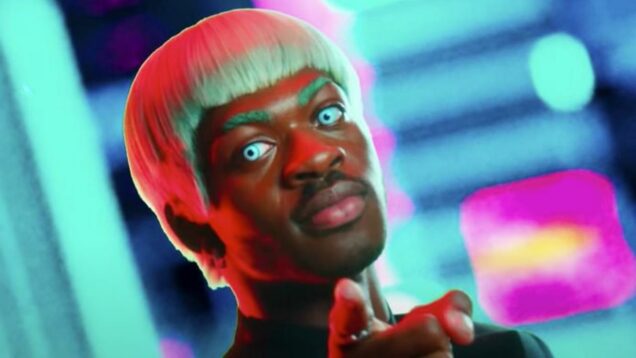 The controversial singer released the trailer for the album, scheduled for release on September 17.

The trailer shows Lil Nas X as a blonde newscatser breaking the news of his own escape from prison.

The video starts where Nas and Jack Harlow’s “Industry Baby” music video left off, beginning with a skit featuring Nas as an anchor on MNN — Montero News Network.

“Breaking news: power bottom rapper, Lil Nas X and his caucasian friend led a prison escape this morning. This comes just months after the talentless homosexual was sentenced to five years in prison,” Nas said in the video.

The rapper is then spotted cruising on a desert highway in a muscle convertible, still wearing his prison outfit. Lil Nas stops by a payphone, which transports him to another dimension.

On his Twitter page on Thursday, the singer said that creating ‘Montero’ has been a therapy for him, adding that he does not care about “people’s perception” anymore.

“Creating this album has been therapy for me,” he wrote.

“I’ve learned to let go of trying to control people’s perception of who I am, what I can do, and where I will be. I’ve realized the only opinion of me that really matters is my own.”

Montero’ was first announced in June, months after the release of its title track, ‘Montero (Call Me By Your Name)’.

The pre-save link for ‘Montero’ reveals the album is 15-track long, including the title track, ‘Industry Baby’ and ‘Sun Goes Down’.