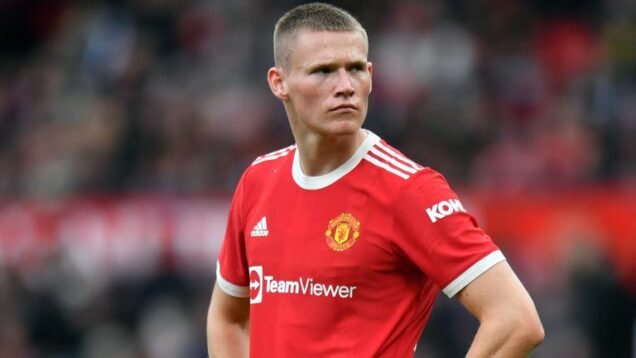 Manchester United have confirmed that midfielder Scott McTominay has undergone surgery for an ongoing groin injury.

The surgery which was successful would see him out of Scotland’s squad for the upcoming international break.

The 24-year-old started in the Red Devils’ 5-1 destruction of Leeds United on the opening day of the season, but was only able to make the bench for the 1-1 draw with Southampton a week later.

McTominay was struggling to overcome a groin issue which has been causing him some serious discomfort, and Man Utd have confirmed that the Scottish star has undergone surgery to resolve the problem.

“Scott has undergone surgery for an ongoing groin injury that was causing significant pain when playing,” an official statement from the club read.

“Having tried all other treatment options in pre-season, surgery was deemed necessary to resolve the issue.

“We hope to have him back soon.”