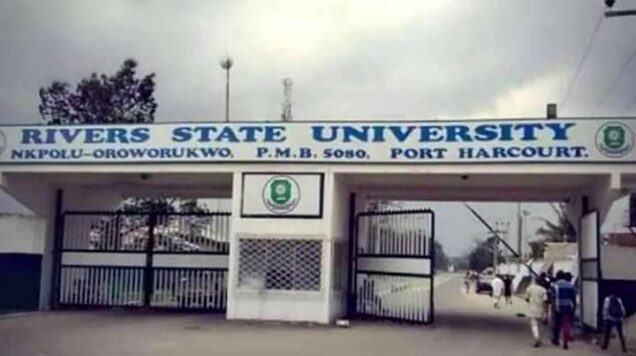 Susanu Wisdom Nwiyaara, a 300 level Banking and Finance student at Rivers State University (RSU) has been expelled from the school.

His expulsion was announced in a statement on Wednesday by Harcourt Whyte, spokesperson for the University.

Whyte stated that Wisdom was rusticated for gross misconduct and murder, adding that the culprit should not be found within the school premises.

The incident reportedly happened at Gavida joint located at the premises of the Management Science, while the victim was having his breakfast.

The assailants after the incident  were given a hot chase by brave students where Wisdom was caught and handed over to the police.

Omoni said that the Commissioner of Police, Eboka Friday, had ordered investigation into the incident with a view to arresting all the people that were behind the killing.