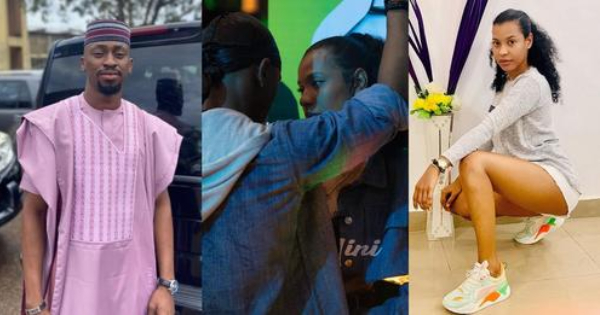 Big Brother Naija Shine Ya Eye housemates, Nini and Saga, have once again clashed over where their ‘ship’ is heading.

As the duo laid on the bed in their exclusive Head of House lounge, Saga raised the issue of their closeness and demanded a clear answer from Nini.

He said, “You always say that you’re protecting yourself. Who’s protecting me?

“I don’t understand. What do you mean about that,” Nini retorted.

Nini, however, asked for further clarification as she maintained that she couldn’t understand what he was saying.

“You even said disclaimers like ‘I don’t wanna lead you on’,” Saga continued.

Nini, who appeared to now understand Saga’s rants, then said:

“Yes, because it will be unfair to lead you on. It’s even unfair to you. Isn’t it unfair leading you on, knowing that I have a relationship outside? It’s unfair.

She continued, “I have to make sure that I’m not sending these wrong signals to you. I don’t want to mess with your emotions or play with you. You want me to act in a certain way which isn’t true.

“I don’t want to mess with your emotions. I just want to be as honest as possible.”

However, the duo continued exchanging words till Nini walked out on Saga.