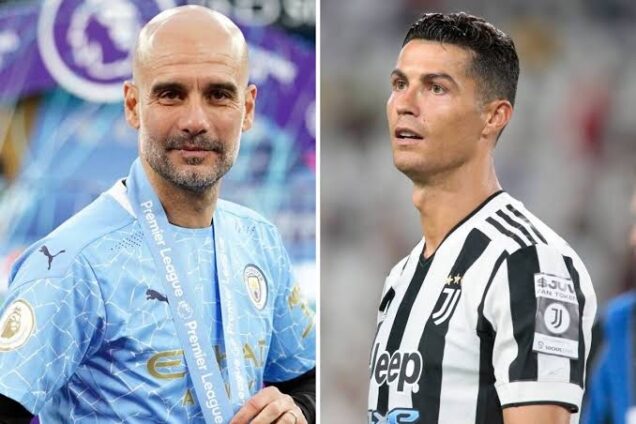 Manchester City coach, Pep Guardiola has said that Cristiano Ronaldo is ultimately the master of his own future amid speculation linking him with a move to Manchester City.

The Portuguese star is actively trying to quit Juventus after three seasons at the Italian club.

He has been heavily linked with a move to the Manchester Club with report emerging on Thursday that a deal has been agreed and parties are only left to sign.

Guardiola while speaking on Friday at his pre-match press “I say the same; Cristiano will decide where he wants to play, not Manchester City, not myself. There are many things that are far away.

“I am incredibly happy with the squad I have. More than satisfied. We are the same guys except Sergio (Aguero) left and Jack (Grealish) arrived. I focus on what we have to do and the players we have right now.”

The Spaniard also spoke on the failed Harry Kane’s transfer noting that Tottenham failed to negotiate with City on the move.

“I cannot say much. Harry Kane announced he is continuing to his club, an exceptional club like Tottenham. Cristiano is a Juventus player and I can’t say anything else. All I can say in these three, four days left of the transfer window anything can happen,” Guardiola said.

“He (Kane) is a Tottenham Hotspur player and I wish him all the best in his last years doing well in London.”