Politicians have failed Nigeria - CAN President 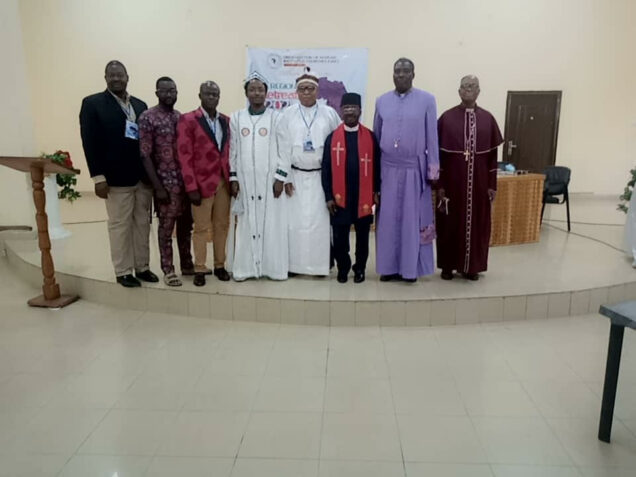 Ayokunle and others during the meeting

National President of the Christian Association of Nigeria (CAN), Dr Supo Ayokunle has lamented that politicians have failed the nation.

Nigeria, he said, has been so badly governed over the years that it would take quality leadership to reverse.

He spoke last week at the leadership retreat of the Organisation of African Instituted Churches (OAIC) with the theme: “OAIC in Leadership: A decade benchmark in perspective” in Abuja.

Ayokunle pointed out the massive bloodletting, kidnapping and abductions across the nation were manifest outcomes of bag governance.

He said Nigeria was under the siege of Islamist terrorists, bandits, criminals and kidnappers because of unfit leaders.

He called on Christians to intensify prayers for the intervention of God in the nation’s affairs.

The Regional President of OAIC, Elder (Dr.) Napo Emuchay, explained the retreat was coming at a time that Nigeria was experiencing hard times.

He believed that OAIC, after this retreat, will be more positioned for stronger leadership and greater exploits.

Some of the resource persons at the retreat include Professor David Ogungbile, who delivered paper on the theme of the retreat; Professor Taiwo Asaolu, who spoke on “Sustainability of church financing in critical times“; Professor Yesufu Turaki, whose paper was on “Strategies for effective development of leaders” and Dr. Temitayo Amao, whose paper was on “Curbing gender-based violence: the role of religious leaders.”

Some notable leaders at the retreat include the Assistant General Secretary of CAN Elder Biodun Sanyaolu; the Legal Director of CAN, Barrister (Mrs.) Comfort Chigbue; the WOWICAN national Chairperson, Deacon Bola Ihesiulor; the General Secretary of OAIC, Dr. Victor Ivoke, and a representative of the Prelate of Celestial Church, Venerable Superior Evangelist Ebenezer Oshoffa.

The Chairman of the retreat committee, who is also the First Vice President of the organisation, Baba Aladura, Elder (Dr.) Israel Akinadewo thanked the large audience for the success of the programme.

A communique was issued after the retreat.