‘The Matrix Resurrections’ to drop December 22 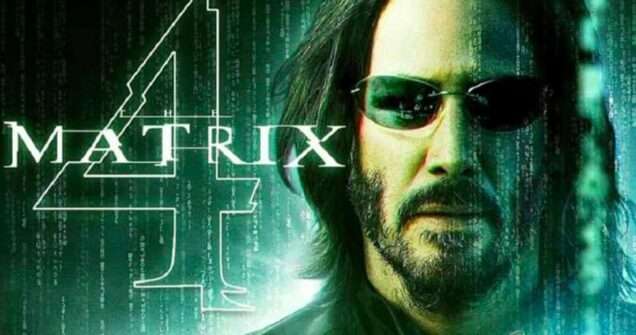 Warner Bros, the US media conglomerate, has announced the fourth installment in The Matrix franchise, The Matrix Resurrections to debut on December 22, in both theaters and on HBO Max.

The official title which is similar to the titles of the prior sequels was recently unveiled  during its CinemaCon presentation.

‘The Matrix’ depicts a dystopian future where humanity is unknowingly trapped inside a simulated reality created by thought-capable machines to distract humans while using their bodies as an energy source.

The upcoming action film, which is directed by Lana Wachowski, will see Keanu Reeves reprise the role of Neo, alongside Carrie-Anne Moss and Trinity, carrying on the franchise’s naming conventions of using words beginning with the letter R.

The trailer for “The Matrix: Resurrections” begins with Neil Patrick Harris as a therapist talking to Neo, a man who discovers that humanity is trapped inside a simulated reality known as The Matrix.

He also realises that he is the destined champion who can help liberate mankind.

Footage of Neo stopping bullets and fighting in a dojo is also seen in the video clip.

The movie trailer is yet to hit video platforms, such as YouTube, so what was seen remains a secret, one belonging to those who were in attendance at CinemaCon.