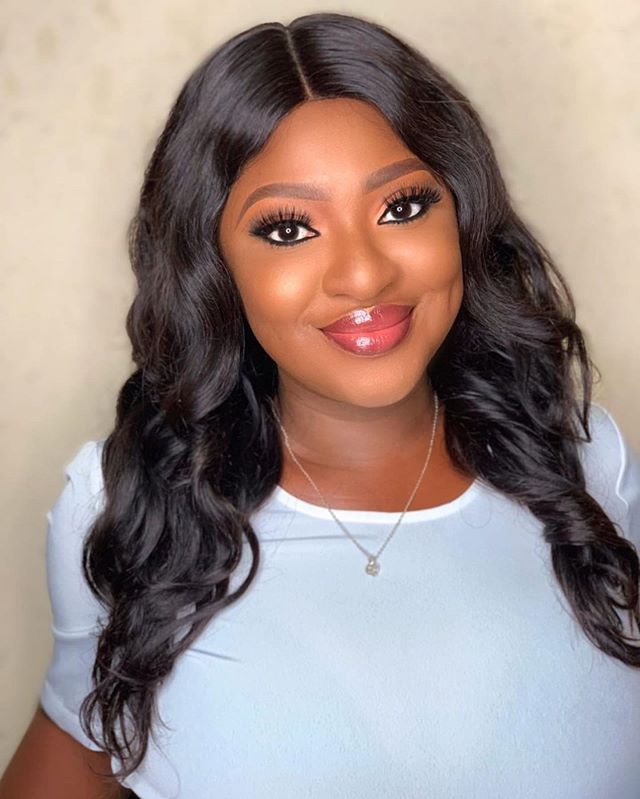 The deceased, according to reports was mistakenly shot by the Nigerian army a week before his departure to Malaysia.

He sought help to raise 7.5 million naira for treatment in the UK.

The mum of one in a tribute she shared on social media said her heart is broken because the efforts to help him came late.

A six-man team had been organized to move things to the next stage as he was scheduled to travel to the UK tomorrow, Saturday, August 28, 2021, for his treatment.

The heartbroken actress also added that Kleinz died because his country and government failed him.

In her post on Instagram, she wrote: “I am happy to have met this young man before he passed away (Aug26)
“Mummy”, he would call me with a big smile every time I video called. “Mummy, do you want to see the new sore?, Mummy, I just want to be able to sit down again” He would say. Henry my son, I am sorry we came late, we had a 6-man-team set up to move things to the next stage, we were on top of our game (We got his X-rays and medical reports from the Teaching Hospital Jos to send to the Uk tomorrow Saturday) but I guess we were late. Henry had hope, at least we all did.
My heart is broken. I am happy to be able to step in to call and chat and send voice messages everyday, that makes me fulfilled to get you to smile.
We will miss you, Kate misses you more.
Rest now, from all the pain till we meet again, I have met some amazing people through this young man.

Thank you all for supporting and showing him love.. God bless your pockets and keep us all away from danger.