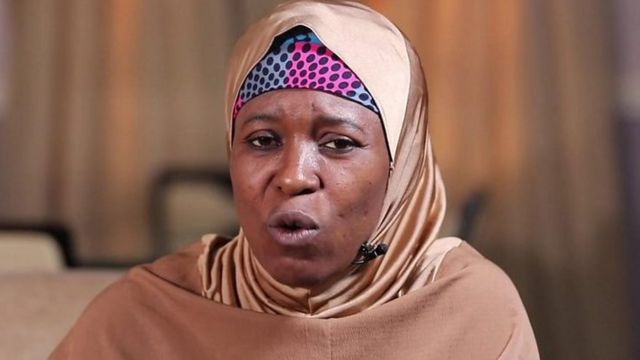 Bring Back Our Girls campaigner, Aisha Yesufu, has called out an online newspaper, The Peoples Gazette over a fake headline on Vice President Yemi Osinbajo.

Yesufu maintains that Osinbajo who spoke on the National Social Cohesion Dialogue organized by the Africa Polling Institute, which was held at the Shehu Musa Yar’Adua Centre, Abuja on Thursday was deliberately misquoted by Gazette.

The Gazette in its report had fabricated a headline that read “Nothing special about Nigerians being violently killed, hungry and unemployed”.

The online medium soon realized that the headline was wrong after some citizens called them out.

An editor’s note was put out to explain that Gazette did not have adequate information about what transpired at the event which was organized to improve unity and patriotism in Nigeria.

“Editor’s Note: This story has been updated to reflect the accurate context of Mr Osinbajo’s full statement, which was not previously made available to The Gazette.”

In reaction to Gazette, Aisha Yesufu defended Vice President Osinbajo, stressing that, the Vice President always knows what to say at the right time to soothe nerves.

“This cannot be an Osinbajo statement. The one thing you can give Professor Yemi Osinbajo @ProfOsinbajo credit for is knowing what to say at the right time to soothe nerve. He might not do anything to change the situation but he will say what will soothe nerves,” she wrote on her Twitter page.

The Gazette is notorious for spreading outright fake news or fabricating reports out of their own imagination to malign the character and personalities of certain persons they have an agenda against.