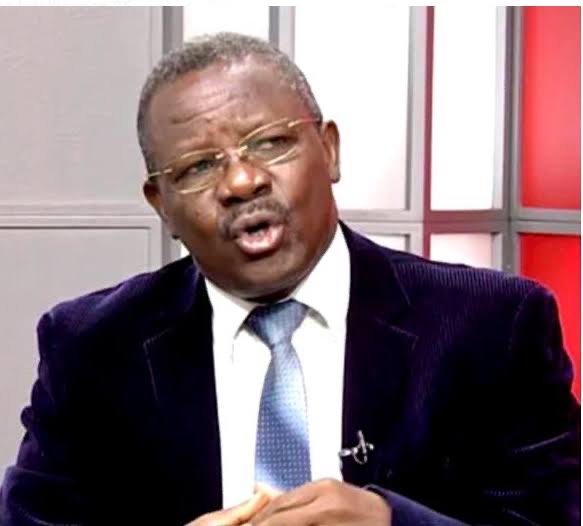 The Defence Headquarters (DHQ) has refuted the allegation that the Defence Intelligence Agency (DIA) had ordered the arrest of retired Cdr. Kunle Olawunmi, over his recent interview on Channels Television.

The Director, Defence Information, Maj.-Gen. Benjamin Sawyerr dismissed the allegation in a statement on Saturday in Abuja.

Sawyerr described the report by an online medium as scandalous and a malicious publication insinuating that the DIA had ordered the arrest of Olawunmi, for sharing his views on matters of defence and national security.

According to him, it was gratifying to state that the retired military officer, who is on the military reserve list, was only invited via SMS and voice by DIA.

He said the invitation was to ask him to further furnish the agency with relevant and pressing security information he might be privy to as a Professor of Global Security Studies.

“The said proposed meeting between the DIA and the retired senior Navy officer was intended to get credible tips on how to boost the fight against terrorism/insurgency, banditry and sundry crimes.

“He was not asked to come along with his passport. This did not in any way constitute any form of arrest as speculated by Sahara Reporters.

“It is very sad that an online medium like Sahara Reporters would capitalise on a proposed meeting between an agency and its stakeholder to paint the story in a manner intended to portray the military as a draconic government agency acting in a crude manner,” he said.

The defence spokesperson said as a professional entity, the armed forces would continue to be responsive to all credible information that would promote peace and unity of the country.

He added that the Chief of Defence Staff (CDS), Gen. Lucky Irabor, had just completed his tour of the six Geo-Political zones where he interacted with retired military officers with a view to rallying them to lend their support to the military.

“In this regard, I wish to use this medium to encourage retired senior officers to come forward and give valuable information to the military authorities, as a patriotic citizen who has served meritoriously in the Nigerian Navy in various capacities before retirement,” he said.