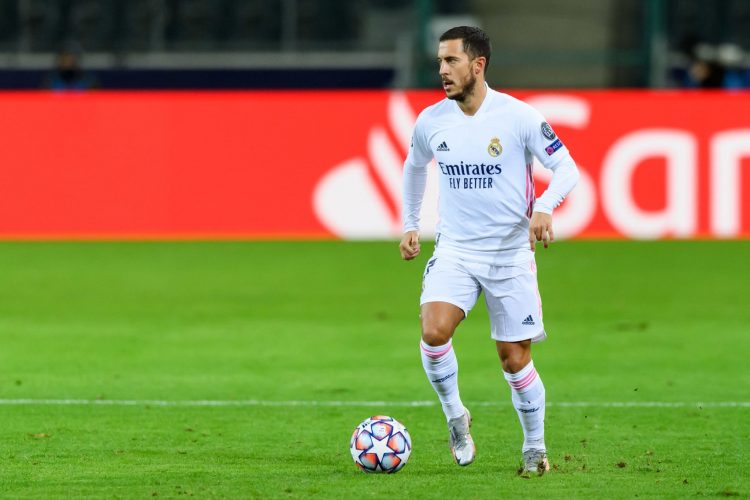 Hazard made a cameo appearance on Tuesday night.

Juventus are looking to sign Real Madrid star Eden Hazard on loan this summer as a replacement for Cristiano Ronaldo.

Ronaldo joined Manchester United on Friday in a surprising move as he was expected to pen a deal with Manchester City.

The Portuguese exit has left Juventus short of attacking firepower so close to the end of the transfer window, and they’re now in the market for a new forward.

Marca reported that Juventus see Hazard as the best Ronaldo replacement available, and are lining up a potential loan deal to bring the Belgian star to Serie A.

The 30-year-old has featured in both of Madrid’s opening two La Liga matches this season, but he still looks a way off the player they paid €100m for in 2019.

The Belgian has failed to live up to expectations at Madrid as the Spanish giant are also actively looking for his replacement.

Madrid are closing in on the signing of Paris Saint-Germain star Kylian Mbappe, who, although able to play down the middle, performs best on the left-wing – the same position occupied by Hazard.

Coach Carlo Ancelotti may be willing to allow Hazard to leave in that case.