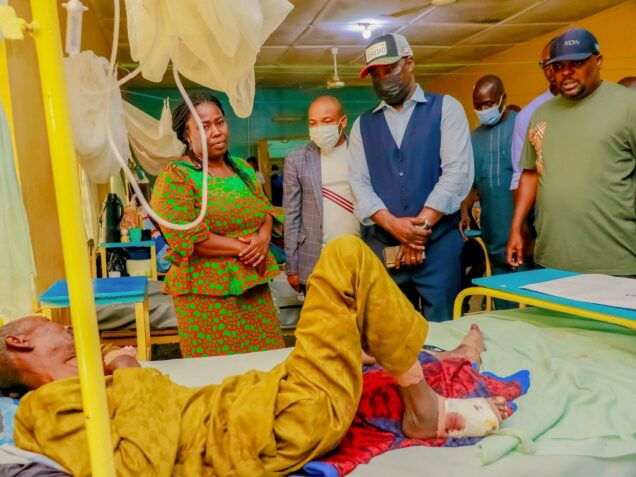 Ayuba led other legislators on the visit and donated an undisclosed amount of money on behalf of the Assembly as part of assistance for the upkeep of the victims.

The speaker expressed sadness over persistent attacks in Plateau and said that there was no alternative to peace and harmony.

“The House of Assembly condemns killing of people in the state in whatever guise.

“We appeal to citizens to forgive, reconcile and embrace one another in love.

“We thank the management of the hospital for accepting the victims and we urge it to continue to give proper treatment to victims.

“We assure you that government is committed to bearing the cost of the victims’ treatment,’’ he said.

Mr. Samuel Jeje, a member of the community who received the cash on behalf of the victims, thanked the lawmakers for the visit.

Jeje thanked the hospital for receiving and accepting to treat the victims without a deposit of money.

Rev. Sister Jovita Egwu, Administrator of the hospital, who received the speaker and his entourage, said that two of the 13 victims brought to the hospital died while the other 11 victims were responding to treatment.

The Assembly delegation was also at the Plateau State Specialist Hospital, Jos, where victims of Rukuba Road attack were receiving treatment and made a cash donation to support them.

The speaker prayed for the speedy recovery of the injured and for the restoration of peace on the Plateau and in Nigeria.

He commended Gov. Simon Lalong for settling the medical bills of the victims.