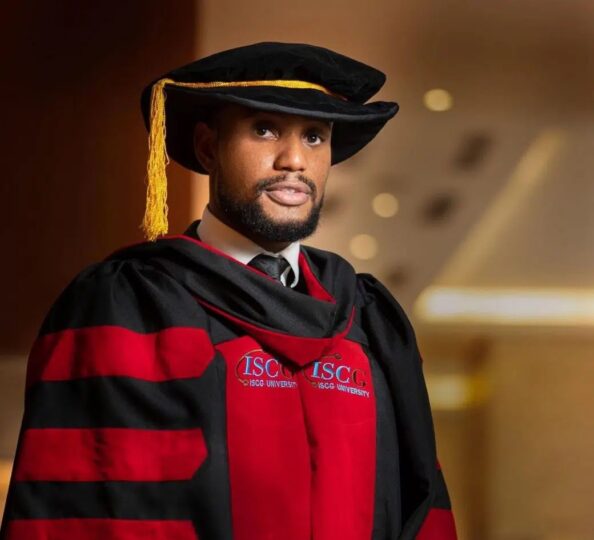 This has come few days after his ex-fiancee, Fancy Ancholonu confirmed their split by cancelling their wedding, which was set to take place on November 27th.

She explained that the engagement was called off so that they can find their happiness and live in their truth.

Making his first statement on social media, Ekubo posted a picture of himself clad in a ceremonial grad gown on his official Instagram page.

As a caption, he wrote ”Introducing, Dr Alexx Ekubo. Thanks to the governing council of the Institut Supérieur de Communication et de Geston (ISCG UNIVERSITY) for conferring on me Doctorate (Honorary) Degree in Arts & Culture.”