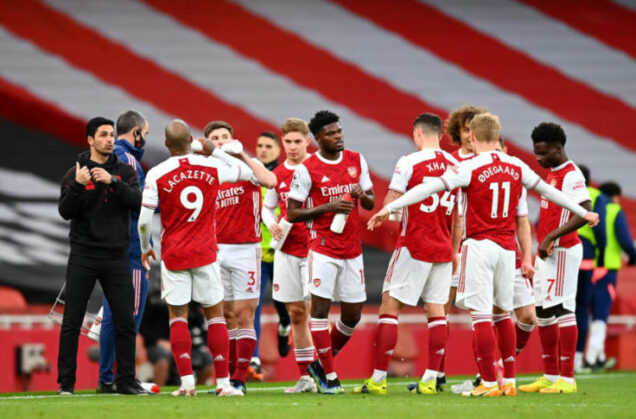 Arsenal players are preparing to hold crisis talks after their woeful start of the season and humiliating 5-0 defeat to Manchester City.

They fell 2-0 to both Brentford and Chelsea in their first two games.

Their performance has left them at the bottom of the table, having conceded nine goals while still waiting to score their first goal of the season in the premier league.

After their game at Etihad on Saturday, club captain Pierre-Emerick Aubameyang confessed that the squad need to sit down and take a long, hard look at what has gone so wrong for them this year.

“We have to talk between us players, I think this is important because we are Arsenal,” Aubameyang said.

“We need pride and we need to say the truth, be honest and raise the level.”

Manager Mikel Arteta was asked about the striker’s comments after the game.

He said: “If that is what he is saying, then he is right. He is on the pitch and he is talking of the players on the pitch. They know more than anyone what is needed.”