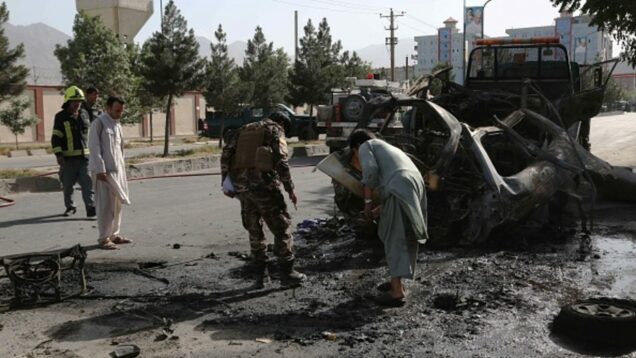 It happened on a day the United States and allies are winding up evacuation of Americans and Afghans at the Kabul airport.

ISIS-K had claimed responsibility for the attacks on Thursday.

The latest explosion was said to have hit residential buildings in Kabul’s 11th security district.

Children and women were among the victims.

A Sputnik correspondent said the residential house in Khajeh Baghra is near Kabul airport.

It was not clear whether ISIS also masterminded the latest blast.

The incident comes at a time when US President Joe Biden and First Lady Jill Biden have arrived at Dover Air Force Base to meet the remains of 13 US servicemen killed in Thursday’s twin suicide bombings outside the Kabul airport.