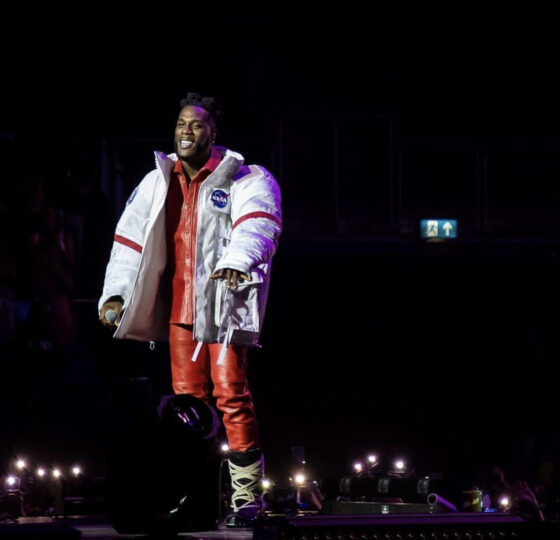 Award-winning Nigerian artiste, Damini Ogulu popularly known as Burna boy on Friday stunned fans as he shut down the popular O2 Arena in London, the venue of his concert with his performances.

The singer who is the latest artiste to be enlisted by the organisers for the O2 Arena’s ‘Welcome Back Show’, wowed the crowd as he arrived on the stage in a spaceship.

The O2 Arena’s ‘Welcome Back Show’ is a series lined up for music lovers returning to the facility months after it was shut down due to the COVID-19 pandemic.

The ‘African Giant’ singer’s concert, which is themed the ‘Space Drift’, featured exhilarating performances from the ‘Way to Big’ crooner and his team as he dazzled the audience with many hit tracks.

Some of his hit songs performed to the delight of music lovers include ‘Kilometre’, ‘Location’, ‘African Giant’, ‘Pull Up’, ‘Way Too Big’, and ‘Another Story’.

Burna Boy also allowed young musicians like Rema, Ruger and Omah Lay to shine with their hit songs at the Arena.

Following the concert, Burna Boy is billed for more performances in Los Angeles on 8 October,   Paris 10 November  and Amsterdam 15   November .

Wizkid, another Nigerian music star, is also scheduled to perform at the 02 Arena on 28  November as part of his ‘Made in Lagos’ album tour.

The iconic stage has witnessed popular artists such as  Prince, Celine Dion, and some popular Nigerian stars.