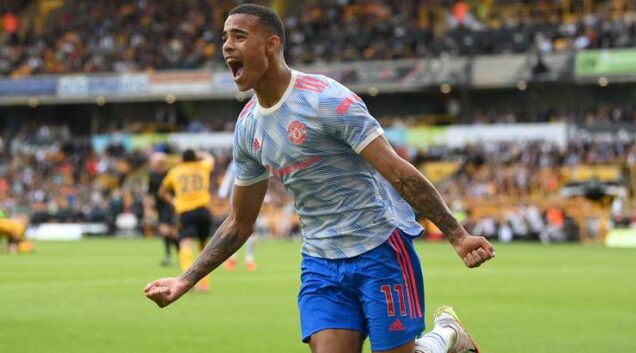 Mason Greenwood grabbed a late winner for Manchester United on Sunday as they beat Wolves by alone goal away from home.

The game was heading to a draw when Greenwood struck on 80 minutes to give United a win, catapulting the Red Devils to third position on the table.

Greenwood finished his beautiful individual effort with a superb strike from inside the box. Jose Sa was just a bystander as the ball flied into the bottom left corner.

There was a scare as VAR decided a check, but Referee Michael Dean signaled that the goal stands, as United players and fans erupted in celebration.

Earlier on six minutes, Trincao shot from inside the box after his amazing individual effort. He beats the goalkeeper, but hits one of the defending players and it bounced away.

On 27 minutes, Romain Saiss missed a great chance to give Wolves the lead after he found some space in the box. His effort went inches wide of the left post.

Bruno Fernandes has a goal ruled out for offside on 38 minutes.
On 75 minutes, Paul Pogba missed a big chance from point-blank range as he struck the ball towards the top right corner.
His promising effort following the corner kick was, to his disappointment, thwarted by Jose Sa with a fabulous save.