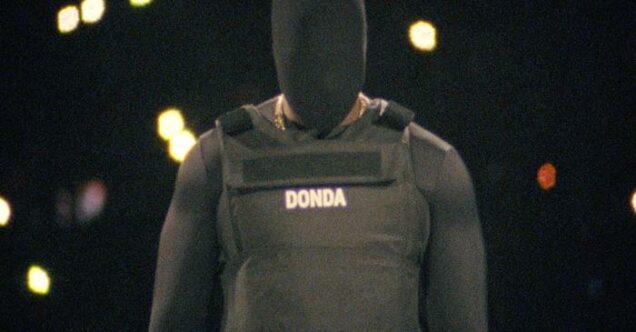 After more than a month’s delay, Kanye West finally released his highly anticipated album Donda on streaming services on Sunday.

It is the 44-year-old rapper’s 10th studio album. And it comes weeks after his original listening event in Atlanta in July.

West’s manager Bu Thiam confirmed on social media that the record had dropped.

He posted a screengrab of one of the album’s 26 tracks alongside the caption: ‘Listening now Donda.’

Goal.com said the delay was obviously to add this Lionel Messi lyric 🐐

Hours after the release, the album has been attracting acclaim from fans.

One fan described it on Twitter as ‘one of the greatest pieces of art of all time’.

Another wrote: ‘Just finished listening to DONDA. That was quite possibly the most beautiful, breath-taking and angelic album I have ever experienced”.

‘Thank You Kanye. Life will be great. My ears have been blessed. This is one of the greatest pieces of art of all time,’ said yet another fan.