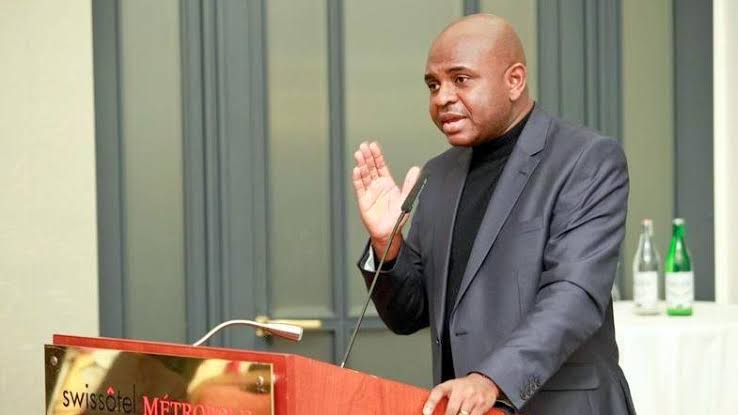 A former Deputy Governor of the Central Bank of Nigeria, Kingsley Moghalu, said the 2019 election showed that Nigerians are not ready for real change.

Moghalu stated this in a recent interview with TOBI AWORINDE.

The ex-presidential candidate added that Nigerians have been willing slaves to big politicians in the All Progressives Congress and the Peoples Democratic Party.

“The outcome of the 2019 elections held many lessons. One, it reflected that Nigerians were not yet ready for real change away from the failed political elite. So, we have been willing slaves to the manipulations of the politicians in the two big political parties, the All Progressives Congress and the Peoples Democratic Party.

“It’s a good thing the number of political parties has been reduced to 18. I predict that, with the crisis of failed leadership and bad governance in which our country finds itself and which has got worse since the 2019 election, and with the internal crisis in the APC/PDP, 2023 will be more competitive.

“The biggest problem of our democracy, as I have seen, is us the citizens. Our people are poor and hungry, and the collapse of values has twisted the minds of millions to sell their birthright to incompetent politicians. Many citizens also are not educated enough to make informed voting decisions. But my candidacy in 2019 had a great impact because it was different from the norm and changed the political narrative in Nigeria towards political reform. That is a huge achievement.

When asked if he will contest for the 2023 Presidency, Moghalu said;

“Yes, and I formally announced my intention with a statement on June 1. I will run again because the people matter. I am in this for the people and for our country, not for myself. But this time, we will have the benefit of many lessons from the last outing in 2019. I am in consultations to decide on a political party platform, since I resigned from the Young Progressives Party in October 2019. We will have a strong ground operation in all voting wards in the country this time around and are working on having sufficient funding for a strong campaign. We have a strategy to win in 2023. If we have funding support from Nigerians, the chances of victory in 2023 are far better than they were in 2019. The political dynamics in the country are changing in our favour.”