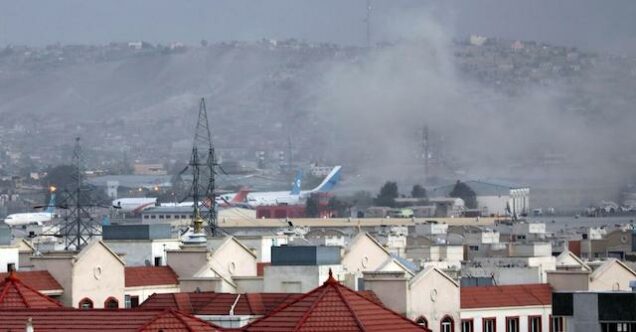 The smoke billowing from an area of Kabul today

Sunday’s explosion in Kabul has been linked with American forces, which launched a drone strike targeting a possible suicide car bomb that was aiming to attack the airport.

They said they were citing initial information and cautioned it could change.

Television footage showed black smoke rising into the sky. There was no immediate word on casualties.

Two witnesses said the blast appeared to have been caused by a rocket that struck a house in an area to the northern side of the airport.

US President Joe Biden earlier said that another terror attack could happen in Kabul in the next 36 hours.