Abuja-Kaduna: We now prefer to travel by train, Nigerians speak 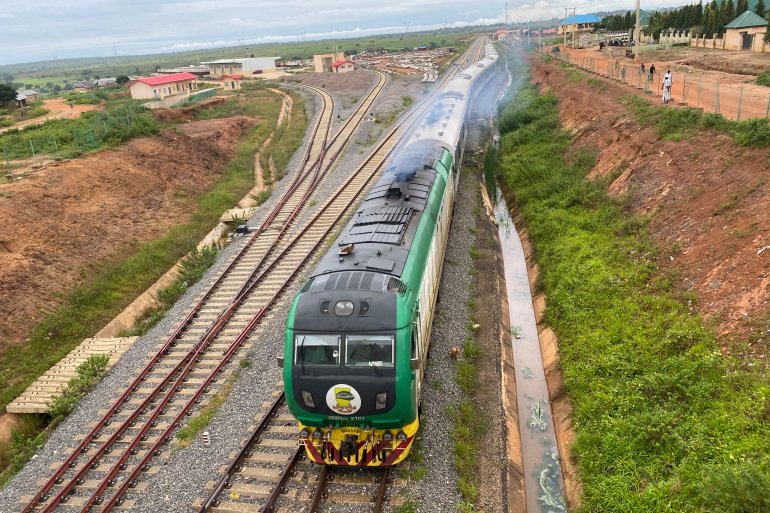 Many residents in the Federal Capital Territory (FCT) who often travel to Kaduna have said they now prefer the train to road transportation.

They told the News Agency of Nigeria (NAN) in Abuja that their choice was as a result of security concerns and the need to avoid accidents on the road.

Mr Usman Isah, a civil servant, said he used to travel to Kaduna weekly to visit his family, while he worked in Abuja.

”I used to travel every week to Kaduna to see my family but that changed because the roads are no longer very safe.

”And with the resumption of train services on the Abuja and Kaduna route, I have now started going to Kaduna weekly and it is safer and smoother, even though it is cheaper to go by road,’’ Isah said.

A traveler, Mr Emeka Obidike said: ”The roads are not safe anymore these days due to activities of kidnappers and even bad roads could cause accidents, so naturally train transportation services are the best.

”I’m a businessman and the nature of my business takes me to Kaduna every week, but I cannot dare to travel if I don’t get a ticket to go via train.

”I really hope something is done to address this lingering issue of insecurity in the country, to enable us to freely do our business.”

Another traveler, Agatha Ameh, commended the government for introducing the E-ticketing platform as it enabled her to travel via the Abuja -Kaduna route with ease.

Ameh said: ”I booked the ticket to Kaduna online and when I got to the station, I also saw that I could buy on the counter. Obtaining tickets are very seamless now.

”Although, I know some people who still travel by road, possibly because it’s cheaper, I will prefer the train services any day, any time. It’s safer, smoother, and even faster.”

Mr Albert Nwabuike, a student, said he would not give up the experience of traveling via train for the roads no matter the situation.

Nwabunike said he just gained admission into one of the prestigious universities in Kano and would not have been allowed to accept the admission but for the train service to Kaduna.

”The journey to Kaduna is just about two hours, which is almost the same time as traveling by road, it is smooth traveling by rail and the experience is beautiful.

”The interesting thing is that there is also food and snacks on board for anyone who wants to buy.

”The cost is relatively okay. It’s within N2, 600 to N3,000. Though the fare for the road is cheaper, I would prefer the train and the extra cost as no amount can be compared to safety,’’ he said.

Meanwhile, another traveler, Kemi Daniels called on the federal and state government to look into the issue of security and also fix the roads along the Abuja-Kaduna route.

Daniels also urged the NRC to ensure maintenance of the coaches and Diesel Multiple Units to avoid breakdown and delays of the train services.

”Aside from breakdown, there has been no incident of kidnap on the trains; that is why most people, even politicians prefer it.

”The roads are very bad with lots of potholes and this poses a great risk to lives, which needs to be addressed as soon as possible, ” she added.

On the Abuja-Kaduna route, Okhiria said there had been a continuous increase of passengers on the route.

He said that the NRC had introduced an additional Diesel Multiple Unit, which had enabled an increase in the number of train trips between Abuja and Kaduna from eight to 10 per day.

Okhiria said that for Wednesdays, trips on that route had been increased from four to six.

He expressed confidence that this would go a long way to accommodate the increasing number of passengers.