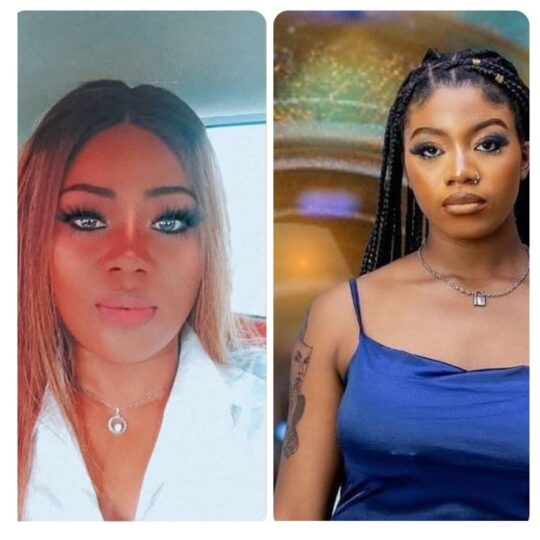 Angel and her 37-year-old mother

Mother to Big Brother Naija housemate, Angel has revealed that she encouraged her daughter (Angel) to go for the reality show.

She (Angel’s mother) said she has tried to be on the show but always had to cancel it due to circumstances alongside one of her friends.

Angel’s mother said owing to her failed attempt to get on the show, she encouraged her daughter to get on.

“A lot of you don’t know that before I asked my daughter to go for BBNaija, me and my girl, @chefyeide, has been trying to go for it but something always comes up that we had to cancel it, she said.

“So if you come to my page to insult me, I swear on the woman that gave birth to me, I will insult you before I block you.”

Previously, housemate Angel has talked about her young parents on the show.

The housemate revealed that her mother gave birth to her at 16 and her father manages her social media page.