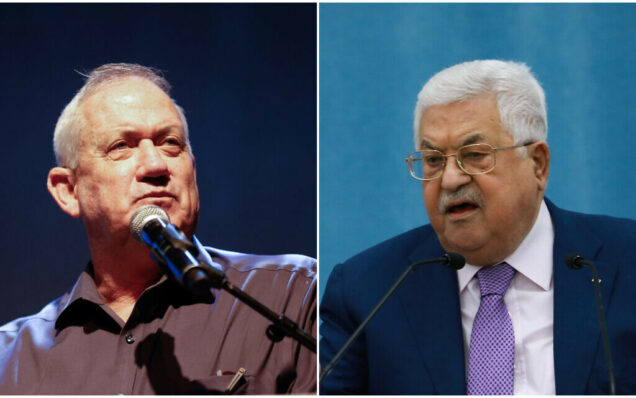 Palestinian President Mahmoud Abbas has met with a high-ranking Israeli Government representative for the first time in years.

Gantz told Abbas that Israel was seeking to take measures to strengthen the Palestinian economy and both agreed to further communication on the issues raised, he tweeted.

Gantz and Abbas spoke one-on-one at the end of the discussion. Abbas’ adviser Hussein Al-Sheikh also confirmed the meeting in a tweet.

The meeting marked the first time in about a decade that such high-ranking representatives of Israel and the Palestinians have met for this kind of meeting.

It comes shortly after Israeli Prime Minister Naftali Bennett returned from a trip to the United States (U.S.) where he met with President Joe Biden.

U.S.-brokered peace talks between the Israelis and Palestinians had stalled since 2014.

After Biden took office earlier this year, Abbas expressed a willingness to restart the Middle East peace process with the goal of an independent Palestinian state.

However, it is unlikely there would be new discussions in the near future.

Israeli leader Bennett heads up the Yamina party, which was pro-settler and rejects the establishment of a Palestinian state.