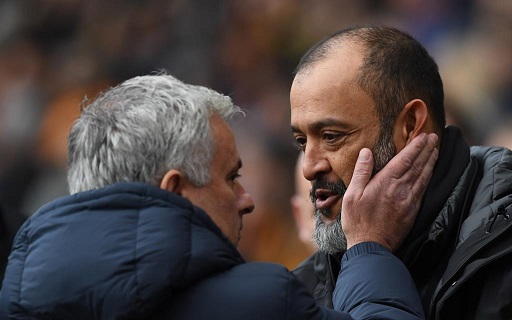 Tottenham has improved a lot after the sacking of Jose Mourinho but his successor Nuno Espirito Santo is not carried away.

Nuno said his side’s position at the top of the 2021/2022 English Premier League (EPL) “doesn’t mean anything”.

Spurs made it three wins from three with a 1-0 victory over Watford as Nuno became the first boss to win his first three league games at the club since Arthur Rowe in 1949.

All three games have been won by a 1-0 scoreline and there is early-season optimism that they could challenge for the top four this season.

Nuno, who joined after leaving Wolves at the end of last season, is not getting carried away.

“Let’s keep on working, we still have a long way and a lot of aspects to improve on.”

There are clear improvements already from last season.

A flimsy defence has turned into a history-making one as for the first time ever Spurs have opened the season with three clean sheets.

Nuno added: “That’s the beginning of everything. Always said the shape, organisation, being solid and compact because we have talent.

“Being consistent is what we are focused on and we have to keep on going.

“We controlled very well the deep, Watford were clearly trying to make us go higher on our lines to play on our backs.

“The back four controlled very well. But at the same time, the second balls, we need to be anticipating that part of our game. Something we have to improve.

“Well done, we keep on going. Now the players go (on international duty), we’ll stay, we’ll look, we’ll work with the players who are going to stay and try to make better for the next one.”