We are ready to help Nigeria identify sponsors of Boko Haram - U.S. 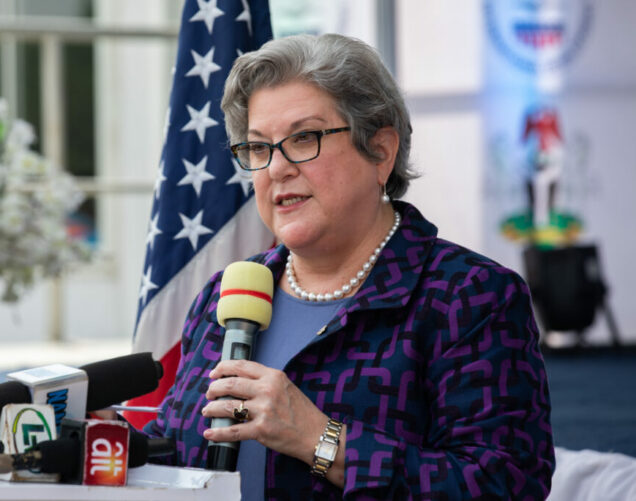 The United States Ambassador to Nigeria, Mary Leonard says her country is ready to partner Nigeria to identify the sponsors of Boko Haram and extremism in the country.

She spoke during a media briefing in Abuja on Monday.

Leonard said partnering Nigeria to identify sponsors of Boko Haram was something the U.S. was very eager to do.

She said had had at least three conversations in the last two months on this subject, but said she would not go into details.

Leonard, however, said that the induction of the A-29 Super Tucanos, was a significant milestone in the US.-Nigerian bilateral relations.

She added that the U.S. had remained committed to support Nigeria fight insecurity.

Leonard said the U.S. government was also committed to supporting democracy and economic programmes of the government through the embassy.

She added that the government would also ensure that the full package with regards to the agreement between Nigerian and the U.S. would be fully implemented.