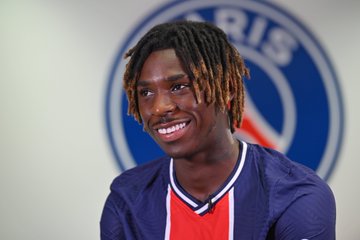 Juventus has confirmed that Moise Kean has been re-signed from Everton to replace Cristiano Ronaldo.

He is to join Juventus on a two-year loan with £24m obligations to buy.

Recall that Ronaldo is returning to Manchester United.

Kean joined the Toffees from Juventus in 2019 for a fee in the region of £27m, but the Italian international has seen his minutes restricted at Goodison Park amid the emergence of Dominic Calvert-Lewin as Everton’s main centre-forward.

He scored two goals in 33 matches for the club in his first campaign and was loaned out to Paris Saint-Germain last season where he found the net 17 times in 41 games.

Kean joined Juventus’ youth setup in 2011 and made his first-team debut for the Serie A club five years later.