MTV Base wins "Outstanding Entertainment Company of the Decade" 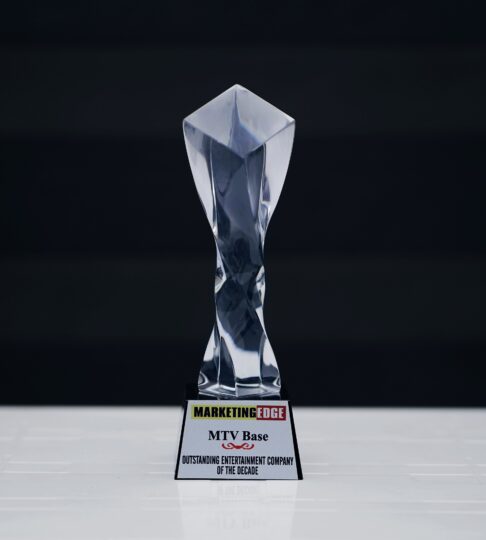 The home of Youth Culture and Entertainment, MTV Base, has been recognised as the Outstanding Entertainment platform of the Decade at the 8th Annual Awards of Excellence hosted by Nigeria’s leading marketing industry publication, Marketing Edge.

According to the organisers, MTV Base was honoured for its widespread impact across the African entertainment space, with particular reference to its innovative and creative content that spotlights and showcases African talent and culture as well as its commitment to amplifying positive, progressive and engaging narrative about the continent to a Pan-African and global audience.

Monde Twala, Senior Vice President and General Manager of ViacomCBS Networks Africa said “Since its continental entry in 2005, MTV Base has taken up the important role of showcasing the best of Africa’s talent to the world.”

From the days of the legendary song, “African Queen” by 2Baba, to the more recent “Essence” by Wizkid, MTV Base has remained one of the biggest supporters of African entertainment, providing an important platform to showcase the vibrancy that is the hallmark of African entertainment. We are humbled by this recognition; this is motivation to continue to give African talent a voice on the global stage.”

“We are very proud of this win as it highlights our dedication to leading youth culture in Africa. This is dedicated to an incredible team of dreamers and doers, and the amazing team, talent and partners who have contributed to this incredible industry accolade,” reiterated Bada Akintunde Johnson, Country Manager, ViacomCBS Networks Africa, as he received the award.

The Marketing Edge Annual National Marketing Summit and Awards is a yearly event organised by Marketing Edge magazine, one of Nigeria’s leading brands and marketing publications.

The Award seeks to recognise the contributions of local and global thought leaders, academics, captains of industries and outstanding professionals from the marketing communications industry and beyond.