Much Ado about the surrender of repentant Boko Haram members 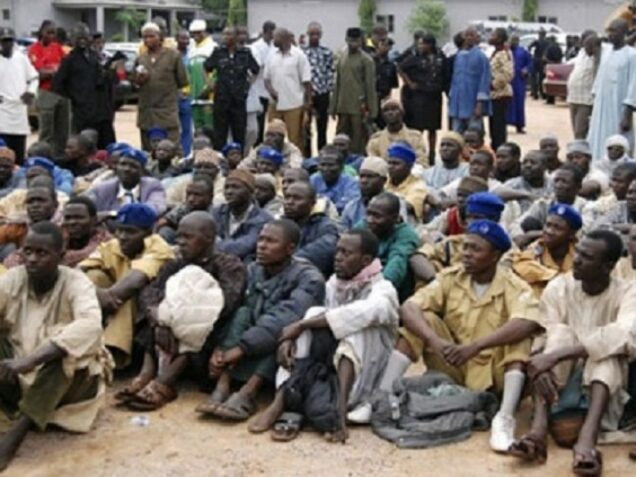 It’s an indisputable fact that our dear country Nigeria today is ravaged by security challenges from all corners and unfortunately, this assault on our humanity is being mischievously given all sorts of colourations with the intent to confuse, infuriate and incite the people for reasons other than our collective good, but as citizen’s who want the best for our society, one owe’s it as a duty to posterity, to set the records straight by highlighting the issues in proper perspective.

For the records, the fight against terrorism by the government and people of Nigeria has taken a heavy and immeasurable toll on our humanity, society and economy to the extent to that thousands have been killed, maimed, millions displaced and property worth trillions of naira destroyed, not to mention the psychological trauma on the victims and the society.

In interrogating the war against terrorism which is an unconventional warfare, it must be stated clearly that the war ought to be waged using kinetic and non kinetic approach. By the use of non kinetic approach involves dialogue, negotiation, infiltration, deradicalization, and compromise so as to lure some of the fighters to drop their weapons and embrace peace in order to depopulate the terrorist organization, after all, a war or fight can only be waged when you have members, no organization can exist without members to advocate it’s ideology or whatever is the driving force attracting membership into the organization.

Recently, the Nigerian state confrontation with terrorist Boko Haram group and its affiliates in the North East region of the country entered a new phase as some of the terrorists group commanders and members are surrendering in droves and handing themselves over to the authorities as repentant Boko Haram members.

While the kinetic approach of the use of force against the terrorists and their affiliates the bandits, is intensified resulting in human and materials casualties on both sides, the non kinetic approach is also yielding results with the surrender of members of the terrorists organization on a large scale, like never witnessed before.

This new chapter in the security engagement with terrorist Boko Haram group, ordinarily ought to evoke celebration among Nigerians and men and women of conscience because of the attendant loss of human lives & destruction of properties that has been avoided by the voluntary surrender of these group of persons, but unfortunately, some persons for reasons other than for the good of humanity, either mischievously or ignorantly or both have been coming up with all sorts of conspiracy theories regarding the fate of these alleged repentant terrorists with the intention to mislead and incite.

We must also recognize that some of the members of Boko Haram or terrorists organizations globally, do not subscribe to membership on their own volition if we appreciate the modus operandi of such groups. Some persons who become members are abducted or held hostage and forced to carry arms or other dastardly missions in the exercise of the organization activities. While it is a fact, that some persons join on their own volition because they have been radicalized, others join due to ignorance, while some are forced against their will to become members either by their own abduction or by the abduction of family members for which such terrorist groups stipulate that the only condition for which the abducted family persons can be set free, is for a family member to be donated or offer himself in exchange. The above scenario is the reality of terrorists organizations modus operandi globally.

Unfortunately, even without a statement from the Nigerian government on the fate of these repentant Boko Haram members, some persons have already gone to town saying that they should be killed because in their wildest imagination, which is devoid of investigation, rationality and logic, by being members of Boko Haram, such repentant persons are already guilty of crimes against humanity even when it has not been established by investigation that they took part in the series of the terrorists organization activities against humanity.

These group of persons have also gone to the ridiculous level of lying that repentant Boko Haram members are being recruited into the Nigeria military without any iota of fact to substantiate such falsehood apart from the mischief intended. For our information, under international convention for which Nigeria is a signatory, when fighters surrender in a war, such fighters right to life must be preserved by being kept in custody and if the receiving country likes, she can then subject such repentant fighters to the due process of the law rather than extra judicially executing them and be liable for crime against humanity.

Again, one is shocked and alarmed by the temerity of these mischief makers to fabricate lies, falsehood and misinformation to incite and is forced to wonder if they are aware or pretend not to bother but focus on their agenda of sowing seed of discord, is it that they don’t know that the Nigeria military is a member of several international security organizations for which it benefit through exchange programmes of trainings, deployment, exchanges in terms of personnel and materials to bolster it capacity and therefore would always observe global best practices in order to remain relevant in the global village? Even in the boy’s scout movement which is voluntary civil organization, there are process and procedures for becoming a member, not to talk of our military which is an established institution of the Federal Republic of Nigeria.

As the repentant Boko Haram members surrender in large numbers in line with the deployment of non kinetic approach, one would like to congratulate and commend the military authorities for this new feat which is commendable and urged that the strategy deployed, be improved upon to record more success that would involve less loss of human lives and the destruction of properties in the engagement, after all, even the Holy Bible in Ezekiel 18:23 states clearly that “God has no delight in the death of the sinner, but that he should repent and live.”, so how much less we as human beings in our dealings with one another.

The Nigerian government and military authorities must be very careful on how it handles repentant Boko Haram members, because whatever decision that is taken today, will go a long way in helping to end the war against terrorism more than the deployment of the kinetic approach whose cost in men and materials is enormous and the time for ending the war is uncertain.

May the Almighty grant the Nigeria government and the military, the wisdom to take a rational and logical course of action on the fate of the repentant Boko Haram members, that would lead to a mass exodus of Boko Haram fighters abandoning the terrorist group, by repenting and surrendering.