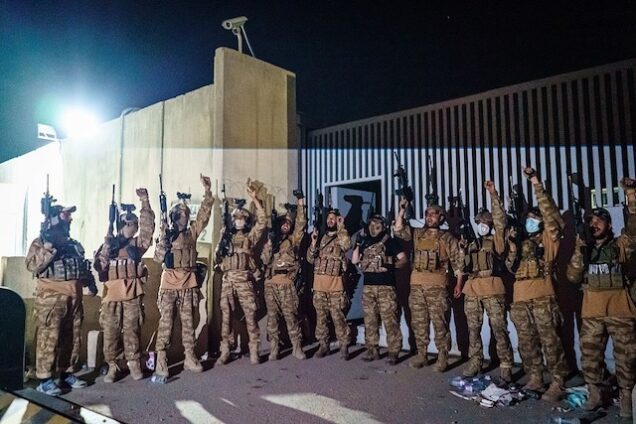 Celebratory gunfire echoed across Kabul as Taliban fighters took control of the airport before dawn on Tuesday following the withdrawal of the last U.S. troops.

The withdrawal of U.S Military signifies the end of 20 years of war that left the Islamic militia stronger than it was in 2001.

Shaky video footage distributed by the Taliban showed fighters entering the airport after the last U.S. troops took off a minute before midnight, marking the end of a hasty and humiliating exit for Washington and its NATO allies.

Meanwhile, U.S. Army shared an image taken with night-vision optics of the last U.S. soldier to step aboard the final evacuation flight out of Kabul – Major General Chris Donahue, commander of the 82nd Airborne Division.