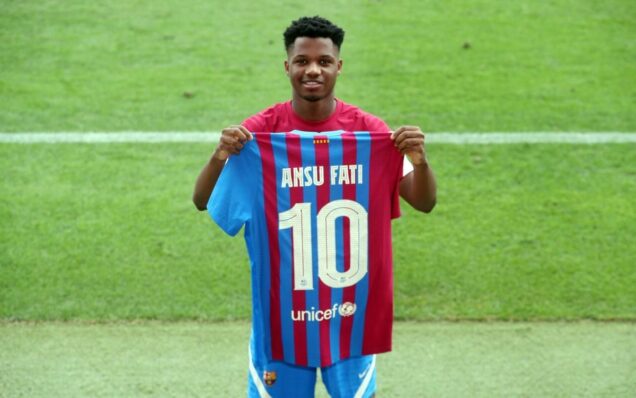 The Spanish club announced that the 18-year-old would now wear the number 10 jersey in a statement on the clubs website on Wednesday.

There has been plenty of speculation since Messi’s departure about who, if anyone, would inherit the iconic shirt before the announcement.

Fati becomes the latest holder of the iconic number ten, following Messi’s 13-year spell in the shirt. The Argentine was awarded the chance to take the shirt in 2008, when the club sold Ronaldinho upon the emergence of the Argentine.

Messi became one of the best players in the world while donning that jersey, winning three Champions League trophies, eight La Liga titles and six Ballons d’Or as their number ten.

Fati drew comparisons with Messi from an early age, and he has been expected to carry the torch from the forward since bursting onto the scene. However, Fati has suffered a series of complications to a nasty knee injury, which has kept him out of action for nine months.

He wore the number 22 jersey last year, but the club clearly believe he is the man to takeover from Lionel Messi.