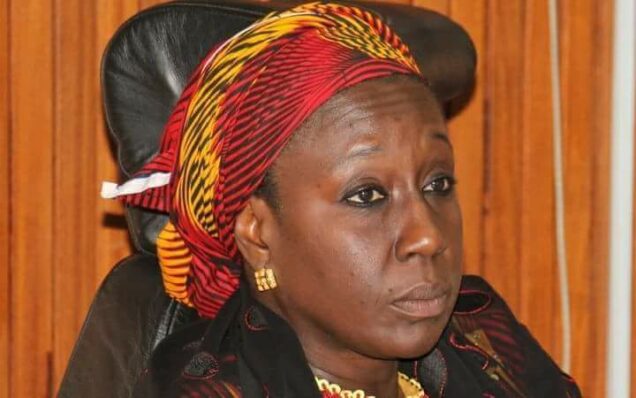 A ghastly road crash has claimed the life of the first son of
Hajiya Aisha Abubakar, the former Minister of State, Industry, Trade and Investment.

Two other sons of the minister and a daughter sustained injuries in the accident.

They have all been hospitalised.

The dead Aisha’s son was identified as Aliyu Abubakar.

His age and the place of accident as President Muhammadu Buhari sent condolences to the parents on Wednesday. .

In a message to the father of the deceased, Alhaji Kabiru Mukhtar and the former Minister, which was delivered by his personal aides, President Buhari described the death of the young Aliyu as extremely sad.

The President prayed for quick recovery for two brothers and sister of the deceased, who are currently on admission in hospital following a road accident that claimed the life of the deceased.

He urged doctors, nurses and other health workers to do their best for other victims of the accident under their care.

The Minister thanked the President for sending the delegation and expressed appreciation of the family for his demonstration of love and care for them.