Mike Awoyinfa, ex-Concord editor to be honoured by Osun 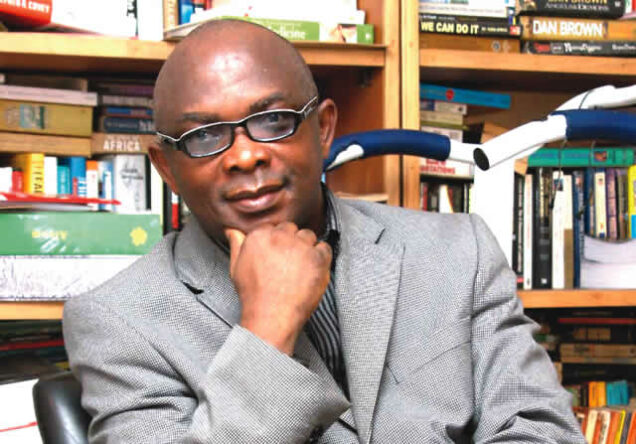 Mike Awoyinfa: to be honoured by Osun

Mr. Mike Awoyinfa, the founding editor of Saturday Concord and founding editor-in-chief of The SUN newspaper is among the 28 distinguished citizens to be honoured by his home state of Osun.

He will be conferred with the Distinguished Citizen Award, as part of the 30th Anniversary of the creation of the state.

Awoyinfa, 69, is the only pick from the media.

He was born on 23 July 1952 at Tarkwa in the Western Region of Ghana to Nigerian parents.

He began his secondary education in 1965 at Sekondi College and later attended Axim Secondary School.

After his school certificate, he relocated to Nigeria in 1969 following the Alien Compliance Order by the government of President Kofi Abrefa Busia which triggered the exodus of other nationals from Ghana.

That gave him the opportunity to visit for the first time his country Nigeria and his hometown of Ijebu-jesha, in Osun State.

He continued his education at Ijebu-jesha Grammar School, passed his Higher School Certificate Examinations, and went on to study Mass Communication at the University of Lagos in 1974.

He graduated in 1977 majoring in broadcasting.

But he was to spend decades of his career in print journalism.

Many years after and performing various roles, Awoyinfa was named as the pioneer editor of Weekend Concord, which became the largest selling tabloid in Nigeria.

In 1999, he left Concord to focus on book writing, along with Dimgba Igwe.

But the two friends collaborated with Senator Orji Kalu to found The SUN newspapers, which they also nurtured to enviable heights.

In all, Osun will honour 28 distinguished and prominent citizens of the State.

Chief of Staff to the Governor, Dr. Charles Akinola, unveiled the anniversary programme to journalists at a press conference on Wednesday.

According to Akinola, the celebration, which began last week with the Governor featuring on special TV and Radio interview sessions, will on Thursday, September 9, feature an anniversary colloquium.

According to Akinola, the anniversary colloquium will be a hybrid event, organised both in the physical and virtual spheres, adding that the decision was necessary because of the peculiarity of the season.

“This is an anniversary worth celebrating because of the illustrious struggles and successes the state has recorded in its journey, and also an opportunity to catalogue milestones recorded in the journey so far.

“The objective of the colloquium, among others, is to discuss the developmental strides in the State of Osun since creation, the roles played by actors till date, key lessons and suggestions for attaining greater heights”, he said.

Akinola added that the anniversary colloquium will be followed by a State Banquet and Award ceremony.

The date for the event is yet to be determined.

The 28 citizens recognised are for exceptional productivity and significant contributions to the social and economic development of the State and humanity in general.

The awardees, totalling 28 distinguished citizens under four broad categories, were selected by a Jury, on the basis of their service to Osun and contribution to the global and local society.

“Both indigenes and non-indigenes who have contributed to the development of Osun were meticulously selected, and there is no restriction to age, gender, religion, ethnicity or tribe.

“It is our conviction that this will serve as inspiration to others to contribute to the progress of the State”, Akinola said.