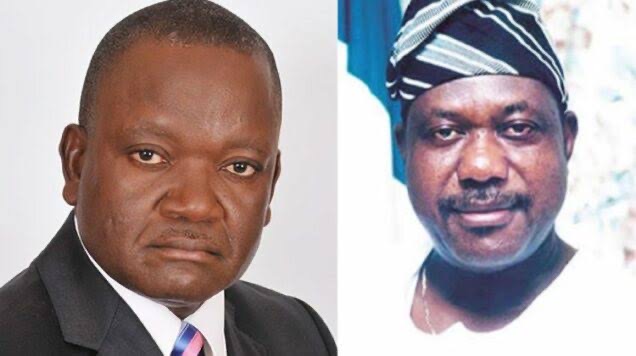 The opposition Peoples Democratic Party (PDP) has called on the Department of State Services (DSS) to question Senator George Akume over killings in Benue State.

PDP made the call in a statement on Tuesday signed by its National Publicity Secretary, Kola Ologbondiyan.

The party also called on the Economic and Financial Crimes Commission (EFCC) to investigate the former Benue governor over embezzled billions while he was governor.

PDP condemned Akume’s attack on Ortom describing it as an assault on the entire people of Benue State.

“This attack on Governor Ortom is an unpardonable assault on the generality of Benue people, particularly, the victims of the bloody attacks in the state, the statement read in part.

“The PDP describes Senator Akume’s call for a state of emergency in Benue as thoughtless, reckless and absolutely reprehensible.”

Akume had at a press conference in Abuja on Monday called for a state of emergency in Benue over high level of insecurity which the PDP frowned at.