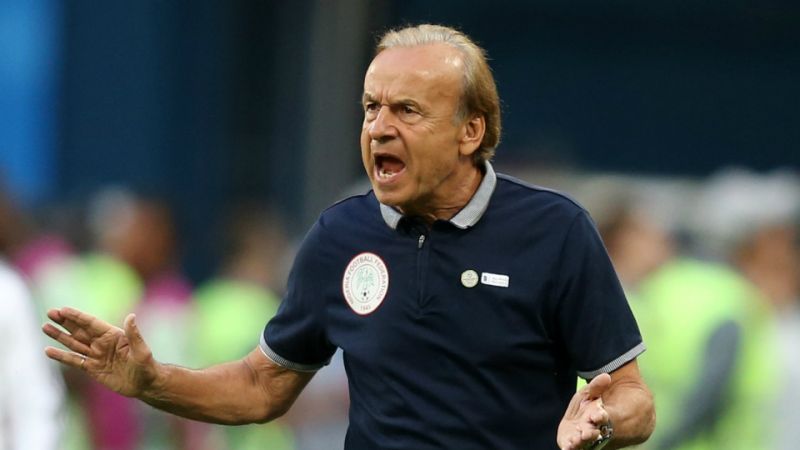 Super Eagles coach, Gernot Rohr, has agonised that he will be unable to feature key players in the World Cup game against Cape Verde next Tuesday.

Although the players have reported for international duties, they would not be able to feature against Cape Verde, because it is listed among the red countries in the UK.

This ruled out players in English League travelling to these countries.

The British government has put in place strict Covid-19 regulations to curb the spread of coronavirus as players travel for the world cup qualifiers.

Rohr during an interview on Tuesday accused the the British government of double standards.

He said England tweaked their regulations to ensure a smooth Euros earlier this year.

“They were able to change everything at the Euros when England hosted it, but they can’t do anything here for the World Cup players.

Troost-Ekong, Wilfred Ndidi, Leon Balogun, Kelechi Iheanacho and Joe Aribo are some players that would miss the Cape Verde clash on Tuesday.

However, they would be available for selection on Friday against Liberia.