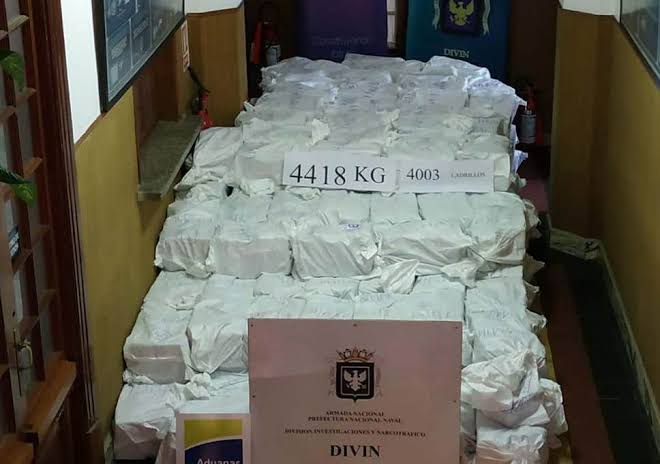 The Indian Police have arrested a suspected Nigerian drug baron, Innocent Lawrence Dada, 33, with 1.3kg of cocaine, the largest so far seized since COVID-19 pandemic began in Mumbai.

The seizure is worth Indian’s nearly Rs four crore in the international market.

The Nigerian was arrested in Mumbai by the Anti Narcotics Cell (ANC), an arm the Mumbai Police.

The Indian Express quoted DCP (ANC) Datta Nalawade assaying that based on a tip-off, they apprehended a Nigerian national from Khar and that upon searching him, they found a bag containing some white powder, which on further testing, turned out to be cocaine.

Dada, residing near Palm Beach Road in Navi Mumbai, during his interrogation said he had procured the contraband from another Nigerian national.

According to the police, Dada supplied cocaine to a rich clientele, including those linked to the film industry, in the western suburbs.

The police said due to a reduction in supply, there has been high demand for cocaine since last year.