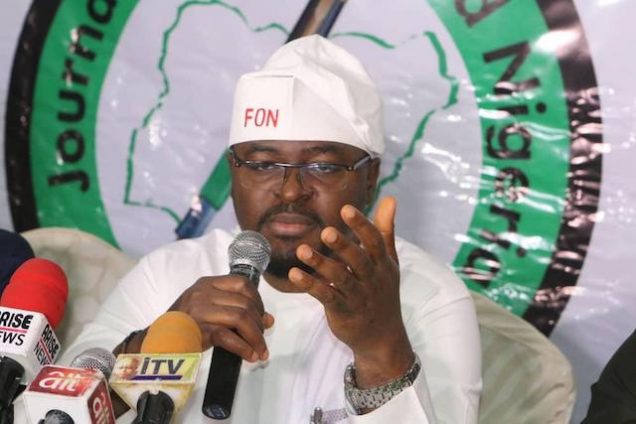 The fear of ethnic domination is as old as Nigeria. Mutual recriminations and suspicion have been the scourge of Nigeria’s cohesive development. The south-east says it is the north, and the north points the finger back; the south-west looks on its neighbour in the south with chariness, while the south-south is in perpetual trepidation of the south-east. A bartering of blames, mistrust and distrust.

Before Nigeria’s independence on October 1, 1960, the country’s forebears were united in their resolve to give the British the heave-ho. They were called ‘’nationalists’’ because their cause, as it were, was for the emancipation of the indigenous peoples inhabiting the Niger terra firma. They fought well.

But these leaders retreated into ethnic igloos as soon as the British handed over the reins to them. Ethnic interest now supplanted national interest. The struggle for the collective now gave way for sectional scheming and machinations.

In fact, to put it clearly, while the pre-independence struggle was against British colonialism, Nigeria’s independence agitators had ethnic interest secreted in their national agitation. As far back as 1949 — 11 years before independence — Nnamdi Azikiwe said in his speech of June 25, 1949, at the Igbo State Assembly, Aba, that the pursuit of the Igbo was self-determination within a federated commonwealth of Nigeria.

Azikiwe’s words: ‘’The Ibo people have reached a crossroad and it is for us to decide which is the right course to follow. We are confronted with routes leading to diverse goals, but as I see it, there is only one road that I can safely recommend for us to tread, and it is the road to self-determination for the Ibo within the framework of a federated commonwealth of Nigeria and the Cameroons, leading to a United States of Africa. Other roads, in my opinion, are calculated to lead us astray from the path of national self-realisation.’’

The fear of ethnic domination is a foundational Nigerian problem. In an interview in 1964, Ahmadu Bello, the first and only premier of northern Nigeria, vocalised his reservations about the Igbo.

He said: “Well, the Igbo are more or less the type of people whose desire is mainly to dominate everybody. If you put them in a labour camp as a labourer, they will try to emerge as headman of that camp and so on.”

As a matter of fact, it was as a result of the fear of ethnic domination and mistrust, that Zik’s National Council of Nigeria and the Cameroons went into an alliance with Bello’s Northern Peoples Congress against Obafemi Awolowo’s Action Group in 1959. According to Zik, Awolowo’s party must be stopped from taking power at the centre because ‘’it would destroy political opposition’’.

Awolowo as well nursed these fears which he expressed in his public statements. It was the reason he utterly ensconced his political party in an ethnic understructure.

The fear of ethnic domination is as old as Nigeria. But how potent are these fears?

Ethnic rivalry can be beneficial if it is healthy – if it can spur competition on the basis of innovation, education and production. In fact, rivalry is a natural human phenomenon. Even at the cellular level of society there is rivalry – in families, workplaces and groups. It is only natural. But what is uncomely is rivalry for national spoils which the political elite foisted on the country. This type of rivalry engenders hate, fear, suspicion and distrust.

No group is under the hegemony of another. The fears of ethnic domination lack potency even though pervasive.

Nigeria is nearly 61 years old, but the fear of ethnic domination is still a kindler of conspiracy theories. But how potent are these fears? Can the Igbo say with absolute certainty they have been hegemonised? Discount the noise of marginalisation. Can the Yoruba, the Hausa, the Ijaw or any Nigerian group hold up such a claim with unimpeachable facts? I do not think so. No group is under the hegemony of another. The fears of ethnic domination lack potency even though pervasive.

The quotidian refrain in Nigeria under Goodluck Jonathan was that there was an ‘’Ijaw agenda’’ — that the former president had a grand scheme of empowering militants to put the country in Ijaw control. Conspiracy theories were invented out of the insecurity at that time. The Jonathan government was accused of sponsoring Boko Haram and the fable of a special killing squad set up by the government rippled. Time has proved these conspiracy theories to be vacant of verisimilitude.

And in Nigeria under President Buhari, what has changed? The same conspiracy theories — but of northern domination and terror sponsorship – have been manufactured and propagandised. It appears with every new administration, conspiracy theories steeped in ethnic and religious prejudices are woven around the president – based on his/her ethnic origin and religious background.

Nigerians must realise we are all victims of elite domination. There is no other domination – be it ethnic or religious. The only domination to fear is that of the elite who foist a rivalry over national spoils on the people.

Let us bury these fallacies of ethnic agendas.