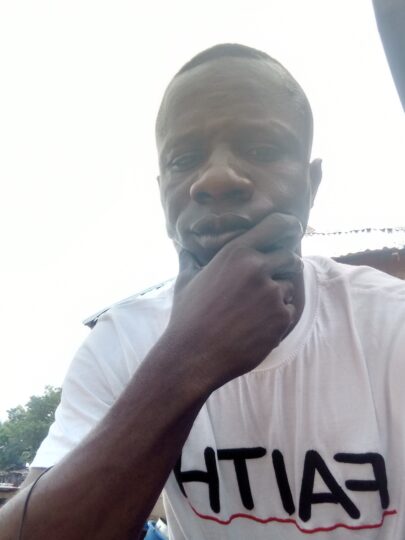 Amoo Bukola, one of the soldiers recently released from the Maximum Security Prisons, Kirikiri, Apapa, Lagos, has narrated how he and others were tortured and jailed for demanding better weapons to fight Boko Haram terrorists.

Bukola stated this in a recent interview with our correspondent. He now wants to be reinstated in the army.

He gave the full details of how he joined the Nigerian Army and what led to his imprisonment alongside 53 others.

“I joined the Nigerian Army fully on the 6th of August 2012 after completing a six months training and eventually passing out of the training on the 21st of December 2012.

After passing out from the Depot, I was posted to NATRAC Kotangora in Niger State for training as a Counter-Terrorist Special Force and Quick Response Group (QRG).

There I was trained for four months commencing from the 3rd January through to 19th April 2013.

Thereafter, I was then posted to 101 Special Force battalion at Kainji, Niger State. After the posting, I was then nominated to go for training in Pakistan, there, I was trained for two months between 13th July to 13th of September 2013.

I also had the Anti Terrorist Training (ATT) commando course 43, 2days after my arrival from Pakistan I was appointed to go for operation Zama lafiya in Maiduguri, Borno State.

We took off from 101 battalion special force camp to Abuja on the 15th of September 2013, for operation. We were about one hundred and eighteen soldiers (118) that went for the operation and we went at a company level named “Army Headquarters Special Force Company.”

We finally left Abuja on the 18 of September, 2013. We transited at Damaturu where we slept in Yobe State till the following morning. We then moved to Maiduguri. We arrived at 7 division Garrison in Maiduguri, Borno State.

On the 9th of July, 2014 our mission on this day was to go and recapture Damboa from the terrorists. On our way to the point, along the road the terrorists had laid ambush unknown to us. At that point, we lost nine men and twenty-three were seriously injured. To further commence the journey, we requested sufficient weapons from our commander so as to be able to fight more sufficiently with the terrorists but our request was refused by the commander.

On the 4th of August 2014, we were asked to return back to Damboa, at this point again we were ambushed again, yet again we requested weapons from our commander and he still refused.

All of a sudden on the same day the GOC of 7division in Maiduguri, Borno State, Major General M.Y Ibrahim ordered that we should be brought to him for an address.

His plan then was to hand us over to the military police guard room. Two weeks later we were moved to the airport, flown to Abuja, and driven to Abacha barracks in Abuja.

We were in the guardroom for four months after which we were sent to the general Court martial.

The court-martial process started on the 2nd of October 2014. A case was established against us in the court and adjourned severally before we were finally sentenced.

But one (1) of us did not face the trials for health reasons, five (5) were discharged and acquitted while fifty-four (54) of us were sentenced to death by firing squad on the following charges:

After the sentence was announced on the 17th December 2014, we were taken to the Nnamdi Azikiwe airport Abuja and flown to Lagos on 21st December 2014 with handcuffs and leg chains.

On arrival in Lagos, we were shared into different guard rooms e.g CIC intelligence underground guard room and SIB military detention, all these with handcuffs and leg chains for a whole month all together in detention we spent 1year, 2days, 7hours and 40minutes and 29 seconds in Lagos State.

Thereafter, on the 18th of December 2015, our sentence was commuted to 10 years imprisonment and after some days we were moved to the maximum-security prisons Kirikiri Apapa Lagos State”.

Bukola also revealed how the incident affected his marriage.

He said his wife abandoned him after he was sentenced to death.

Bukola said: “This life is full of ups and downs. I never imagined that my wife, mother of my only child (Adam) would abandon me just after I was sentenced to death by firing squad to marry another man. Anyway, life continues. It sounded incredulous when our death sentence was reverted to 10years.

“So many things happened when I was in prison, my elder brother a constable in the Nigerian police force attached to Kwara State Police command misfired on January 20, 2016, and was sentenced to death.

“The sentence was later commuted to life imprisonment last year. My aged parents Mrs. Rainot Amoo 65 and Pa Abdul Salam Amoo 70 are in the village Gorioluode in Moro Local Govt of Kwara State.

“Now that we have been released, we beg President Mohammadu Buhari, Vice President Prof. Yemi Osinbajo, the Chief of army staff to reinstate us in the army so that we can fight the terrorists”.