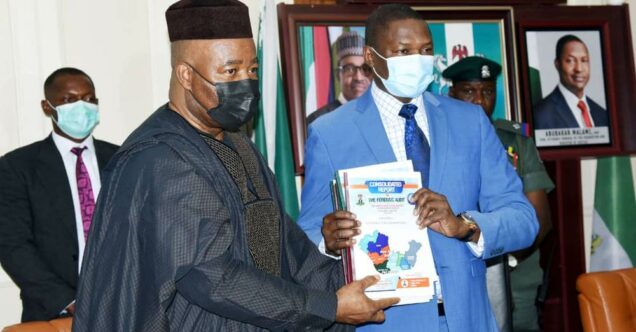 Billions of dollars aimed at developing the Niger Delta, Nigeria’s oil-producing region, have been squandered over the past two decades, a forensic audit ordered by the Federal Government has shown.

Abubakar Malami, the attorney general and justice minister, who received the report on Thursday said a total of N6 trillion naira, or $14 billion at the current official exchange rate, had been ploughed in to the NDDC during that period.

“The Federal Government is particularly concerned with the colossal loss occasioned by uncompleted and unverified development projects in the Niger Delta Region, in spite of the huge resources made available to uplift the living standard of the citizens,” he said in a speech presenting the audit.

He also said the NDDC had 362 bank accounts and there was no proper reconciliation of accounts.

Malami said the deficiencies identified by the audit would be remedied through “initiation of criminal investigations, prosecution, recovery of funds not properly utilized for the public purposes for which they were meant.”

The report was presented to Malami by the Minister of Niger Delta Affairs, Sen. Godswill Akpabio.

“The call for the audit by the people of the Niger Delta Region arose from the huge gaps between resources invested in the region vis a vis the huge gap in infrastructural, human and economic development.

“It is on record that between 2001 and 2019, the Federal Government has approved N3. 3 Trillion as budgetary allocation.

“A total of over N6 trillion was given to the NDDC.

“Consequently, the Federal Executive Council (FEC) approved the engagement of a Lead Forensic Auditor, as well as 16 reputable Audit Firms to conduct the audit exercise.

“The President is delighted that the auditors have now completed this exercise and the Report is today being presented”.

Malami noted that the President is not oblivious of the interest generated by the stakeholders towards the forensic audit exercise and the agitation for the constitution of the Board of the NDDC.

“However, this Administration is determined to address the challenges militating against the delivery of the mandate of the NDDC to the people of the Niger Delta Region.

“It is in the broader context of the foregoing developments that the President recently signed into Law the Petroleum Industry Act (PIA) which has been a contentious issue over the years for successive Governments.

“The PIA will bring about the prudence and accountability in the Petroleum Sector and to give a sense of participation and ownership to the Host communities”.

He assured that the forensic audit report of the NNDC and the recommendations would therefore be critically analysed for necessary actions and implementation.

“We owe it a duty to the people of the Niger Delta Region to improve their standard of living through the provision of adequate infrastructural and socio-economic development.

“The welfare and socio- economic inclusion of the Niger Delta Region is paramount to the development and security of the region and by extension the Country.

“Funds spent on development activities should as a consequence promote political and socio-economic stability in the Region”.

He urged citizens affected by these development projects to also exhibit the ability to contribute to the continuous progress of their immediate and wider communities by engaging in constructive activities that will sustain and support these developmental projects.

“It is evident that considerable resources have been channeled by the federal government to the development of the Niger Delta from 2001 to 2019.

“The essence of the forensic audit is to ensure probity and accountability in the use of public funds.

“It is against this background that the federal government will without hesitation strategically implement all aspects of the audit exercise that will promote probity and greater prosperity for the Niger Delta Region and Nigeria as whole”.

He said the federal government was particularly concerned with the colossal loss occasioned by the uncompleted and unverified development projects in the Niger Delta region in spite of the huge resources made available to uplift the living standard of the citizens.

“We have on record over 13,777 projects, the execution of which is substantially compromised. The Federal Government is also concerned with the multitude of NDDC bank accounts amounting to 362 and lack of proper reconciliation of accounts.

” We will in consequence apply the law to remedy the deficiencies outlined in the audit report as appropriate.

“This will include but not limited to initiation of criminal investigations, prosecution, recovery of funds not properly utilised for the public purposes for which they were meant and review of the laws to reposition and restructure the NDDC, for efficiency and better service delivery, amongst others.

“In all these instances of action, legal due processes will be strictly complied with”.

Malami said the President directed that the forensic audit report be forwarded to the Ministry of Justice for a legal review and relevant Ministries, Departments and Agencies of government will be engaged in doing justice to the findings accordingly.

“I appreciate the Minister of Niger Delta Affairs, Sen. Godswill Akpabio, his colleague Sen. Omotayo Alasoadura, the Interim Administrator, Management and Staff of the NDDC for their support towards the completion of the audit exercise.

“My appreciation also goes to the Lead Forensic Auditors and the 16 Field Audit Firms for completing this exercise, as well as the Security Committee for securing the lives and properties of the Audit Firms through the duration of the forensic audit exercise”.