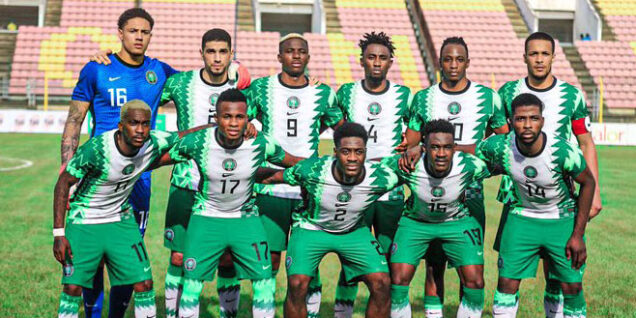 The Super Eagles of Nigeria have defeated the Lone Stars of Liberia 2-0 in a World Cup qualifying match in Lagos.

The game played at the Teslim Balogun Stadium saw the Eagles scoring the two goals in the first half, while no goal was scored in the second half.

Kelechi Iheanacho was the hero of the Nigerian side as he scored the two goals.

The Leicester City striker scored his brace on first half added time to give Nigeria 2-0 lead.

The game is the Eagles first match in Group C of African World Cup qualifying match.

They now lead group C with three points after Cape Verde and Central Africa played a 1-1 draw in their first match.