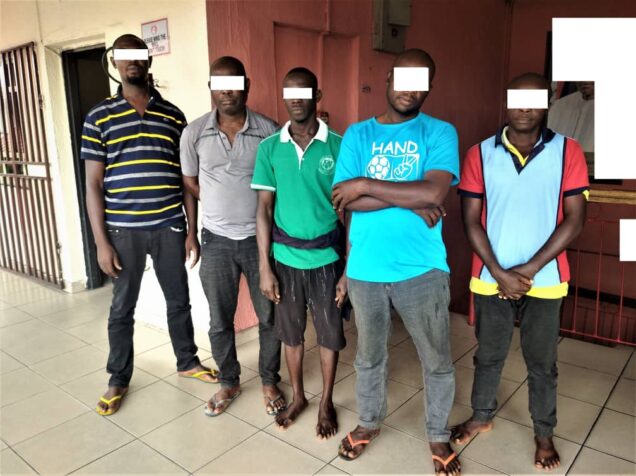 They were arrested on Wednesday September 1, 2021 at the premises of the company, around Rumuolumeni, Port Harcourt, Rivers State, while off-loading the suspected illegally – refined products.

A statement issued by EFCC’s spokesman, Wilson Uwujaren on Friday saidReports showed that the suspects have been supplying adulterated products to the company, without being detected. However, surveillance by the EFCC led to the arrested.

“They will soon be charged to court as soon as investigation is concluded,” the statement said.