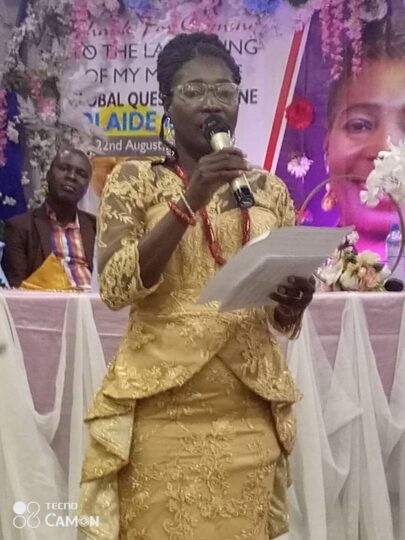 It was a great day in the life of popular journalist and broadcaster, Laide Adebayo Gold, as she unveiled her new magazine, Global Quest magazine.

The launch has in attendance journalists, broadcasters, and many eminent persons in the society.

The launch was held at the spacious hall of Odi-Olowo LCDA, Ilupeju.

Laide also used the occasion to honor some personalities with awards of excellence.

Laide, who had edited many Yoruba Newspapers said “Global Quest magazine was birth out of promoting and propagating the custodian of the culture of Africa and beyond her shores.

She stated that the magazine would be on newspaper stands monthly.