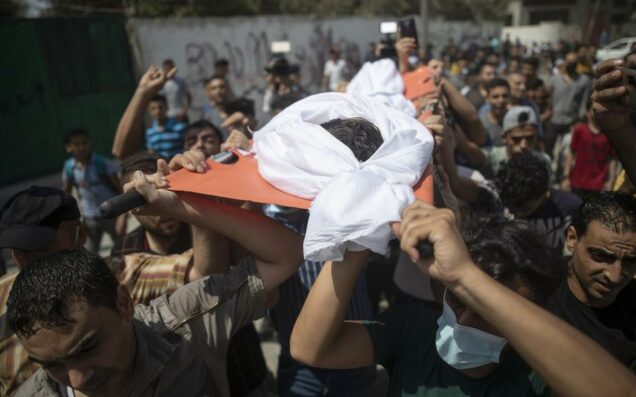 One person was killed and 15 injured during confrontations between Palestinians and Israeli soldiers at the Gaza border on Thursday evening, according to paramedics.

The 26-year-old man died of gunshot wounds, the Ministry of Health in Gaza said.

Among the injured were also five children.

The Israeli army said on Friday that more than 1,000 people gathered by the border for violent demonstrations on Thursday evening, saying the protesters threw explosives and burning tyres.

The Israeli soldiers used live ammunition to control the unrest.

Violent protests by the border have been going on every evening for days, organized by Hamas, among others.

On Wednesday, Israel eased some restrictions on the Gaza Strip, expanding the fishing zone, opening a border crossing for the passage of goods and increasing the water supply.

Also, the number of Gazan merchants allowed to pass through the border crossing was raised.

Hamas was demanding that a blockade of Gaza, tightened since 2007, be lifted completely. Some two million people live in impoverished conditions in the coastal area.

Israel and Egypt justify the blockade citing security considerations. Hamas is classified as a terrorist organization by Israel, the United States, and the European Union.

In May, the Israeli military and Palestinian militants engaged in an 11-day armed conflict in which 13 people were killed in Israel and 255 people died in the Gaza Strip, according to official figures given by the Israeli and Palestinian authorities respectively.

Egypt eventually brokered a ceasefire between Israel and Hamas, who control Gaza, which went into effect on May 21.