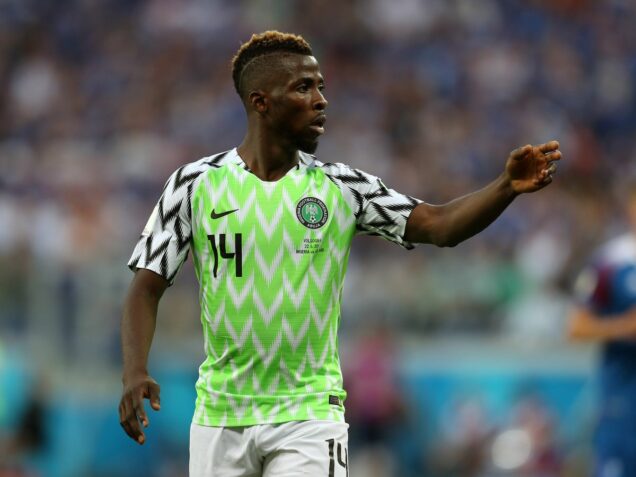 Iheanacho grabs two goals for Nigeria in first half

Red-hot Kelechi Iheanacho has given the Super Eagles of Nigeria 2-0 first half lead against Liberia in their World Cup qualifying match.

The match is being played at the Teslim Balogun Stadium, Surulere after a heavy downpour in the day.

The Leicester City striker scored his brace on first half added time to give Nigeria 2-0 lead.

The Super Eagles scored from six goal attempts and three shots on goal and are dominating the match with 52 percent possession.

The game is the Eagles first match in Group C of African World Cup qualifying match.