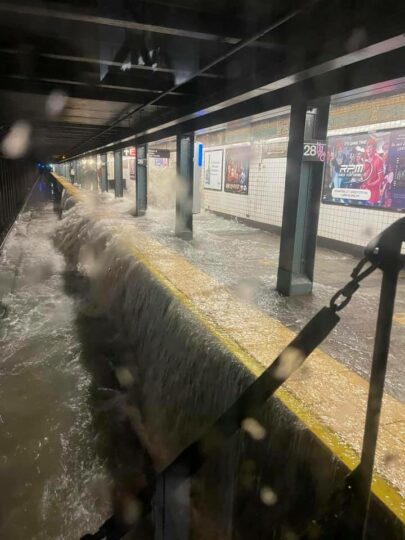 At least 13 people lost their lives in New York City, along with three in suburban Westchester County.

New Jersey Governor Phil Murphy said in a tweet at least 23 people from that state had perished in the storm.

Among the fatalities, three people were found dead in a basement in the New York City borough of Queens, while four residents of Elizabeth, New Jersey, died at a public housing complex flooded by 8 feet (2.4 m) of water.

A victim in Maplewood Township, New Jersey, was swept away while he was apparently trying to remove debris from storm drains in the area, police said.

“Sadly, more than a few folks have passed as a result of this,” Murphy said at a briefing in Mullica Hill in the southern part of the state, where a tornado ripped apart several homes.

The National Weather Service confirmed two tree-snapping tornadoes also struck Maryland on Wednesday, one in Annapolis and another Baltimore. A 19-year-old was reported to have died after trying to rescue his mother from a flooded apartment in Rockville, Maryland, according to the Washington Post.

The damage came three days after Ida, one of the most powerful hurricanes ever to strike the U.S. Gulf Coast, made landfall on Sunday in Louisiana, destroying entire communities.

But the loss of life in the Northeast dwarfed the confirmed storm-related death toll of nine in Louisiana.

In Conshohocken, Pennsylvania, outside Philadelphia, the Schuylkill River inundated hotels, warehouses and condominiums that line the river. Emergency squads were waiting for the waters to recede on Thursday before starting evacuations of possibly hundreds of people who live in nearby apartments, officials said.

Four people died in suburban Philadelphia as a result of the storm, according to county spokesperson Kelly Cofrancisco. And a Connecticut state trooper perished after his cruiser was swept away in floodwaters in the town of Woodbury early Thursday, state police said.